Bright Beginnings Preschool > Winter > What Happens To The Snow

Early this morning Elliette brought in an icicle that was hanging from her car. We placed it in a clear pitcher to see what would happen to it. 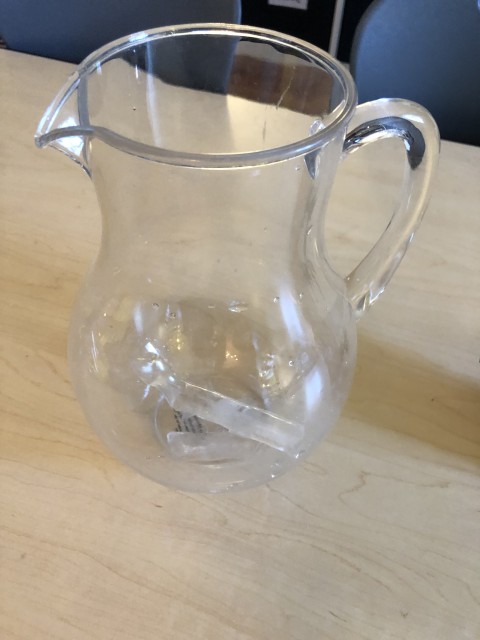 Of course it melted just like the snow outside. ( Sometimes the best science lessons are the ones not planned .)

I took a new game out today. It was quite challenging but several of the kids were successful. The game has cards and the players replicate the pictures using blocks. 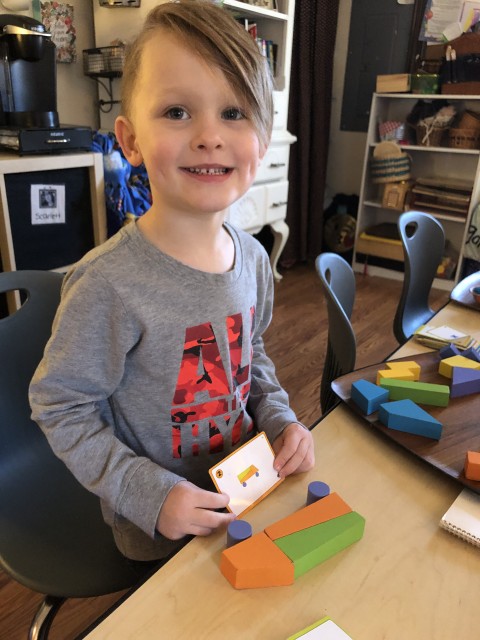 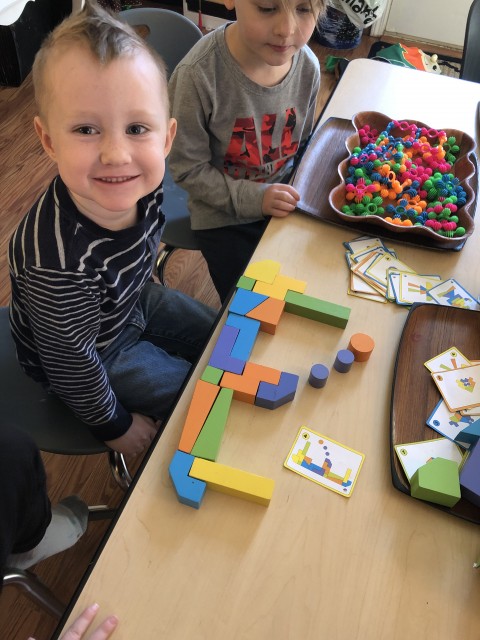 There was lots of fabulous art made today 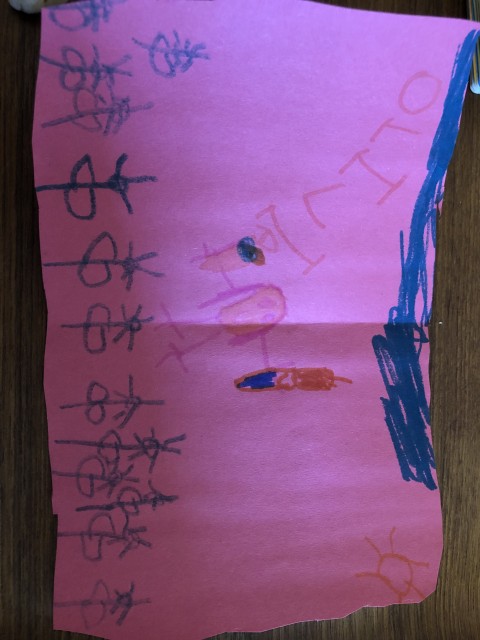 We also did our March self portraits . 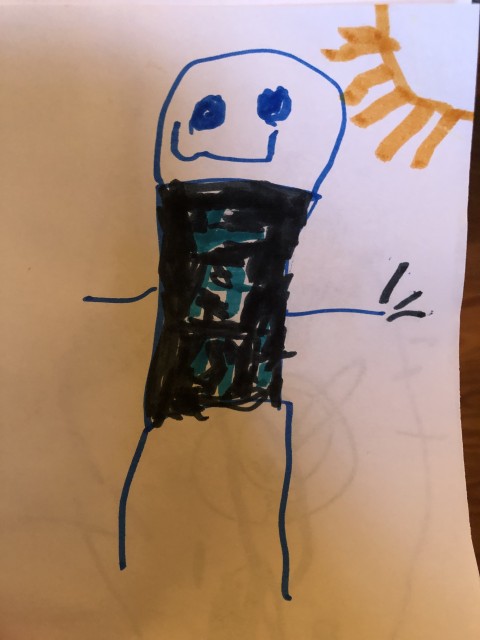 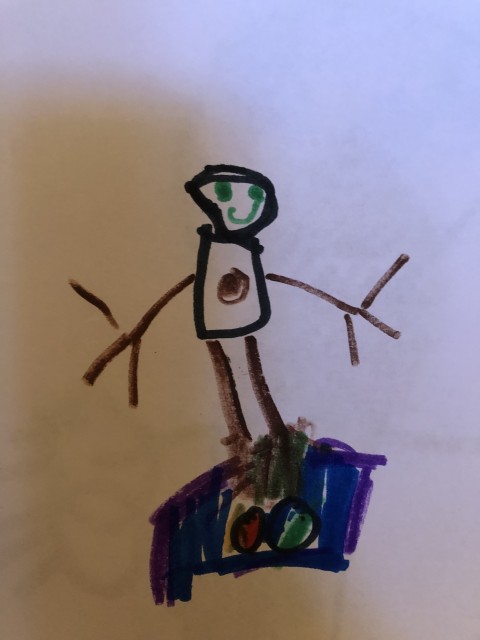 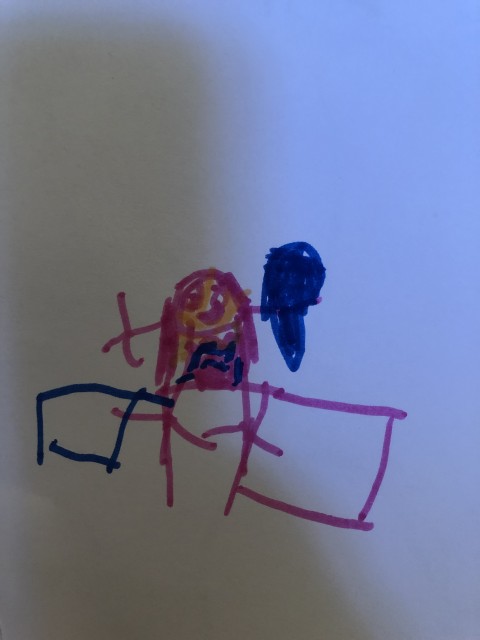 Annalise – I drew my teeth ! 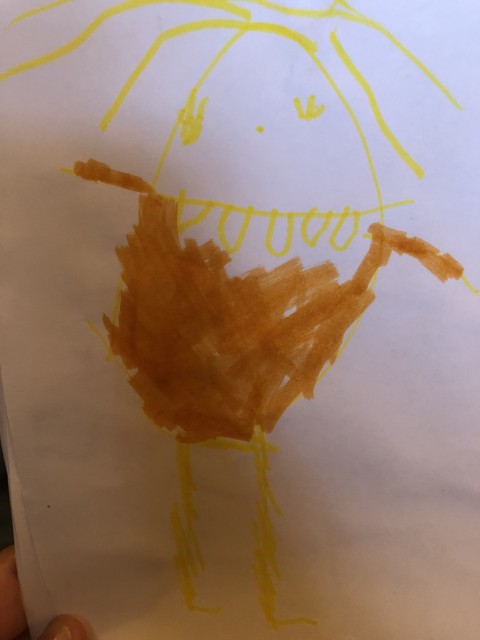 And Elliette’s has a lot of detail as well ! 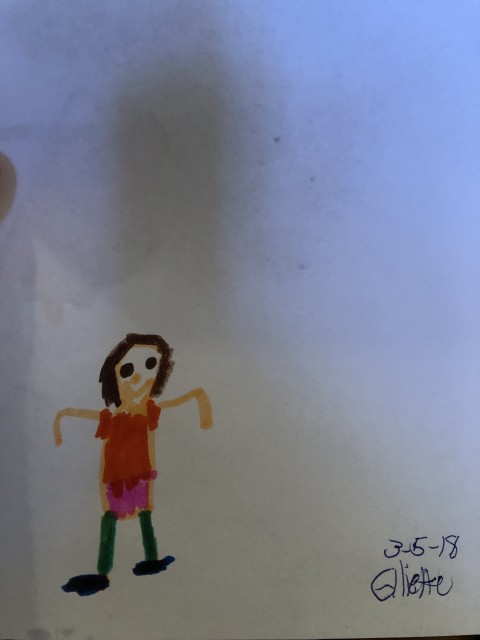 We also played a story telling game with dice. 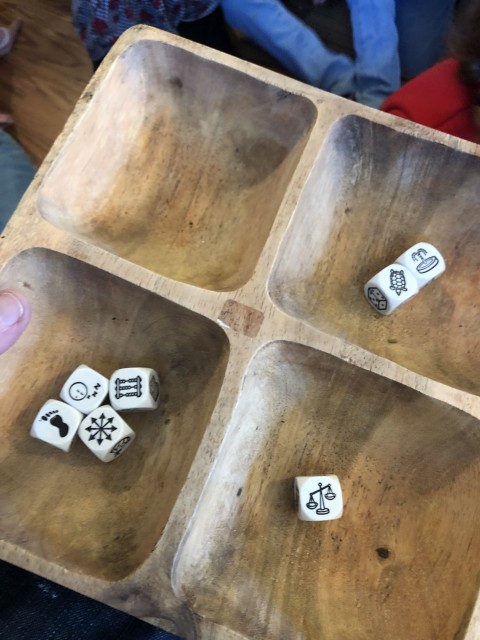 It was a busy day. You can tell the kids have been cooped up. It’s hard to remember when they are running and tumbling that their little bodies have a lot of saved up energy. 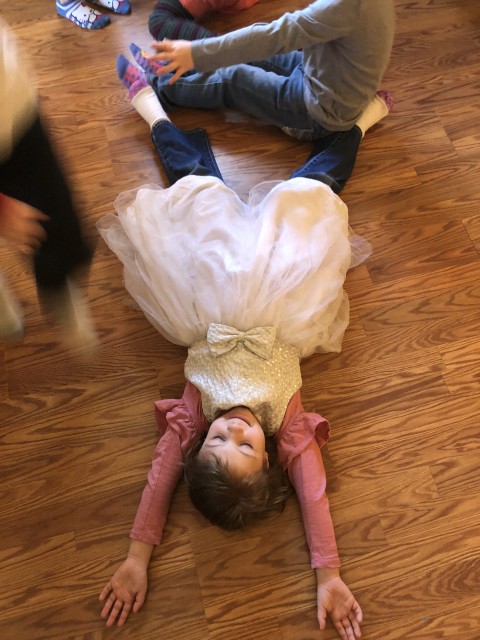 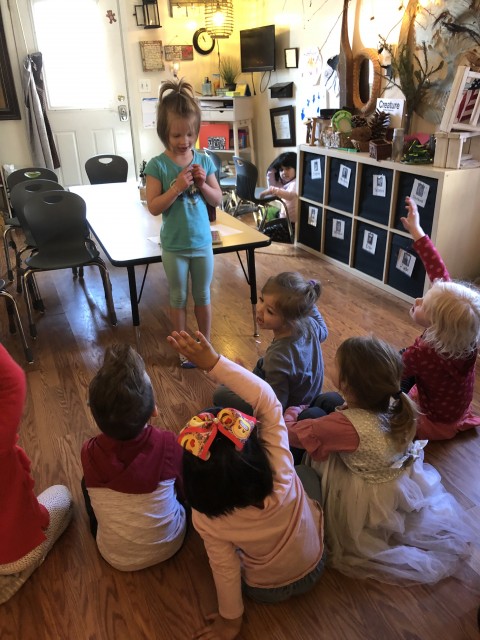