Today we started a unit called ” color and light.”  For the most part it seems like a review of sorts since most of us know all our colors.  We will be doing some assessments during this week getting ready for our year end conferences.  One way to mix it up while reviewing colors is playing a game. We are playing UNO all week.  Have you ever tried to teach a game to a preschooler ?  Whew…. Just imagine it being 16 preschoolers , so we are breaking it up. Today we just drew a card and played matching colors with it.  Tomorrow we will play UNO and match numbers.  Each day we will add a skill. 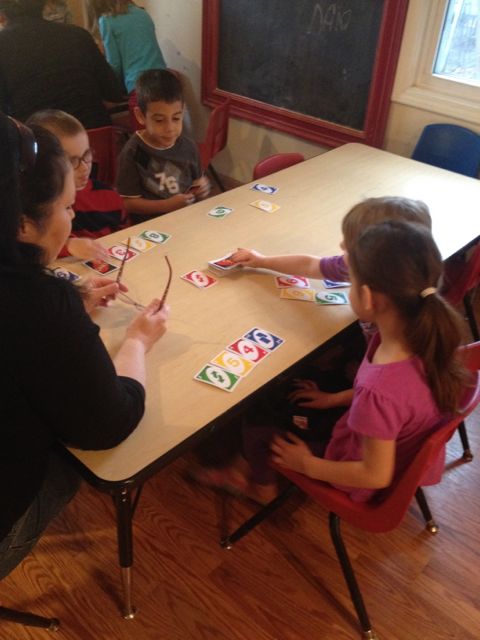 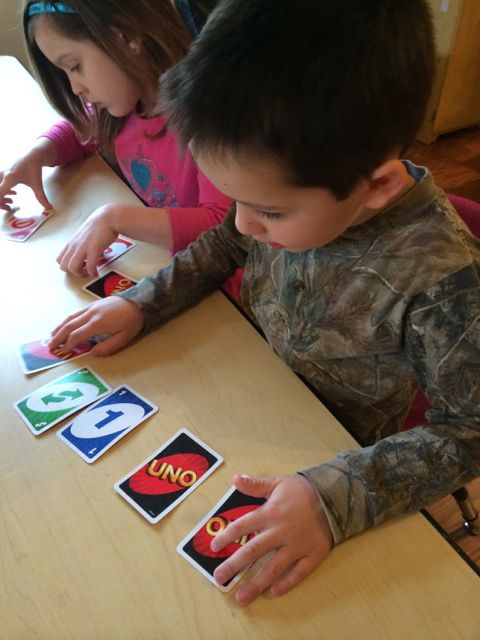 If you are curious as to which skills children are learning when we do an activity like this :

I opened the activity by asking the children if they would like to come to small group and play a game.  They had to chose to stop doing the activity they were doing on come play with me.  I do try to look around and not ask someone to join me that is heavily involved in another activity.  ( Ex.  Today as I went down my list it was Alina’s turn.  She was playing a game with her mom so I waited and called her in the next group to give her time to finish up. making that transition from play to small group easier. )  After the children were at the table I gave them 5 cards and asked them to make sure it was 5.  Then I asked them to sort them by color.  After sorting we started to play the game.

Shows some self direction

Manages transitions ( able to stop playing and come to table )

Interacts easily with one or more children

participates in the group life of the class

Orders , compares and describes objects according to a single attribute ( color )

Shows understanding of and uses several positioning words ( put the card beside the blue one, on top of the yellow one)

As you can see, one small activity can open a door to much learning  and on going assessment.

The kids were enjoying the letter tiles out today. Bentley yelled ” Look Debbie, Look ! ” I am so proud of Bentley and how far he has come this year.  He gets so excited when he realizes that he has learned something new. 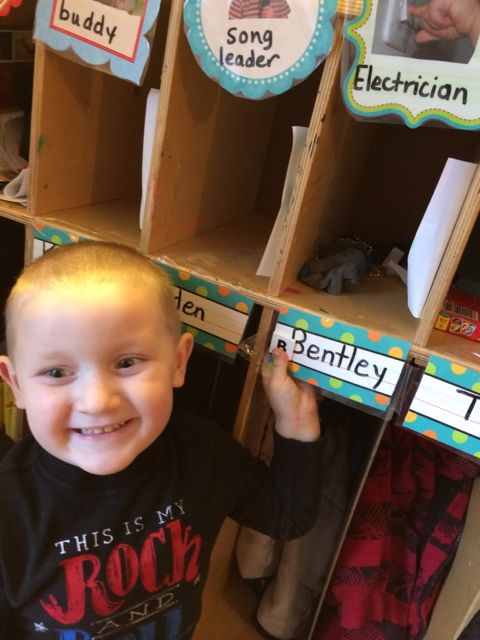