At 8 am this morning there were only three children here.  My thought ” well… it’s going to be a slow day.”

By 815 fourteen children were here.  Everyone seemed to be in a pretty good mood. There was lot of play.  Even a mommy stayed to play a while. 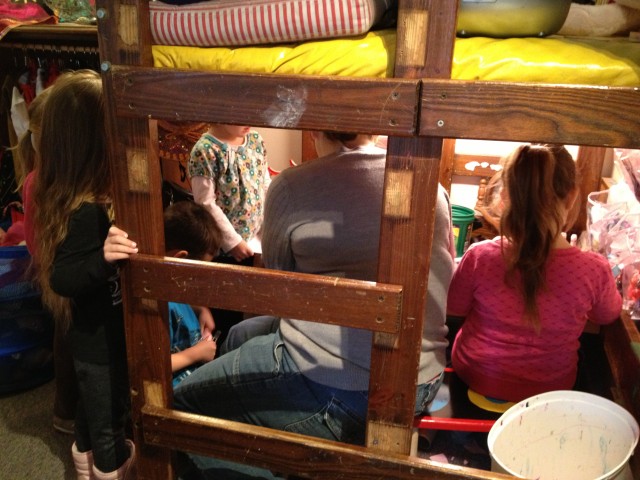 Then… I made chocolate smoothies with cherries on top.  Treat ? Yes !  Did they like it… no !  One of the little boys even looked at me and said ” This is gross.”  it was pretty much the general consensus.  Dont worry , I dont let your babies go hungry so we trashed the smoothie and did rice crispie cereal. They LOVED that.  I dont normally just trash something I made but I dont think it was just a matter of not trying something new. I think they genuinely thought it was nasty. Being the wonderful teacher that I am, I took their word for it. I wasnt going to try it after all the faces that I saw. 🙂

SInce we have been talking about transportation it seems only natural the kids would get together to make their own train. 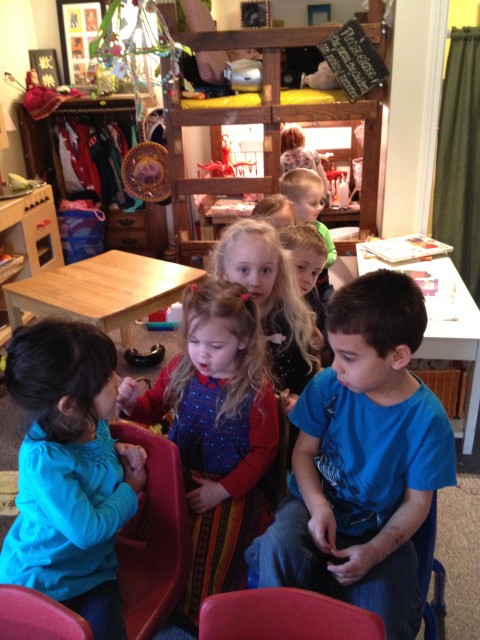 We are moving some things around in the playroom to make room for a water cooler.  Not exactly sure yet how we will use it .  ( individual cups every time they want a drink or a cup a day… ) but it will be in use by Monday.  The paint area will have to be moved somewhere else. For the day I put it on the table.  You would think it was a new material.  There were artist working all day. 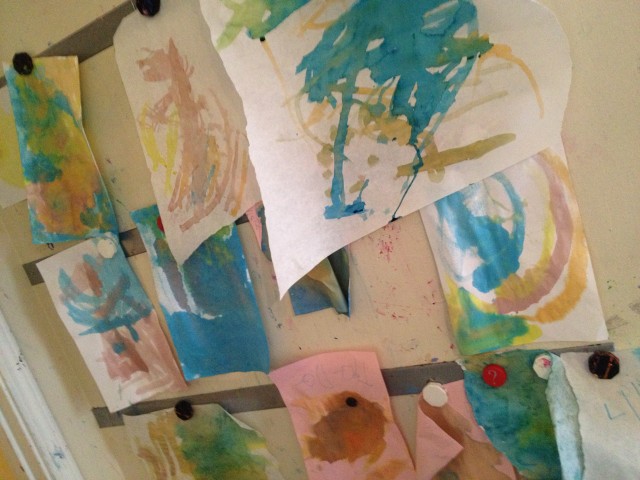 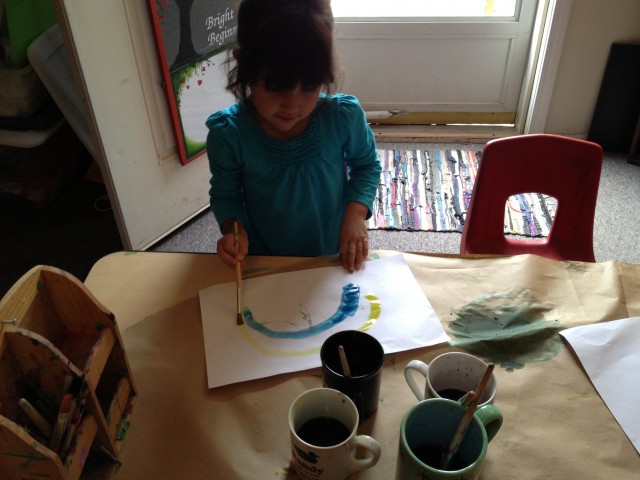 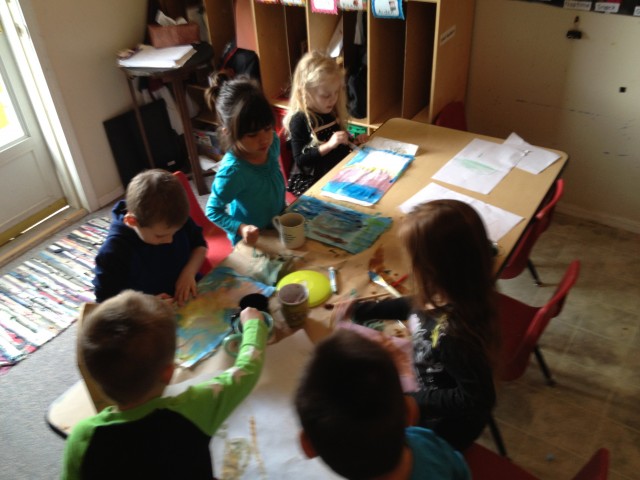 For small groups we sequenced school buses from largest to smallest.  My four year olds zipped right through this activity but the three year olds struggled a bit. When describing things at home use words like largest, smallest, biggest and littlest. 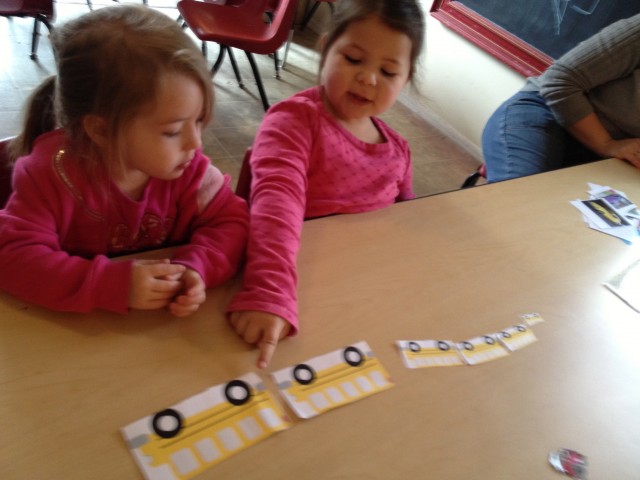 We also did a ” which one is different ” activity.  Is anyone old enough to remember the Sesame street song ” One of these things is not like the other?” 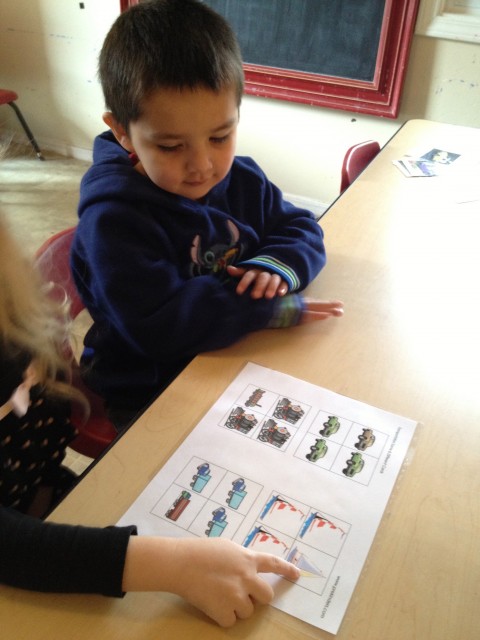 During circle time we took our box of vehicles from the transportation center and sorted them by land , air , and water.  As a transition for lunch each child took a vehicle and explained to me and his friends why he chose that one ( It’s blue and I like blue ) , what it does ( if it is a work truck ) and where it travels. 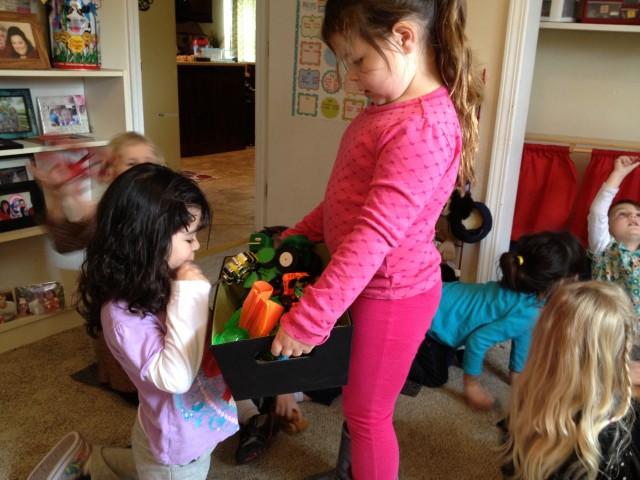 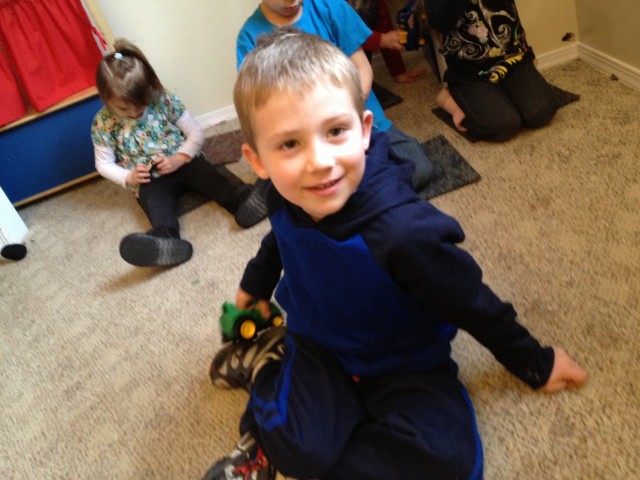 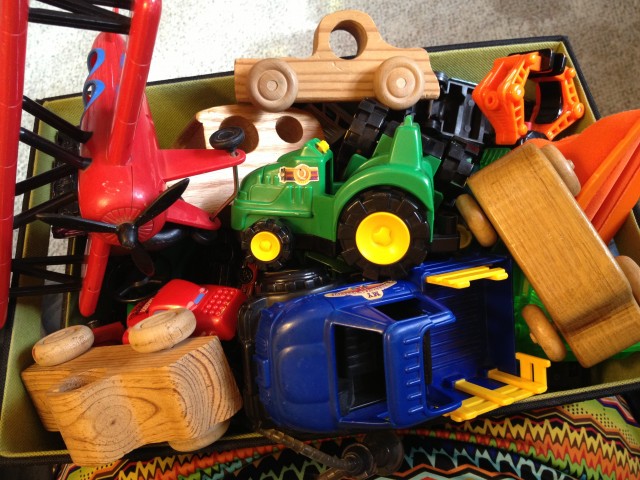 The kids are all sleeping quietly now , except for the sound of loud snoring from congestion.  Bless their hearts, that stuff is hard to get rid of.  Ty keeps saying ” Shhhh” ” Shhhh”   Dallas was explaining something to me before she left for the day and one of them sat up and said  ” You are waking me up.”

The day started with ” this is gross” and now the teachers are being told to be quiet.  I would say its been a pretty crazy day for all of us., but hey, we are still smiling. 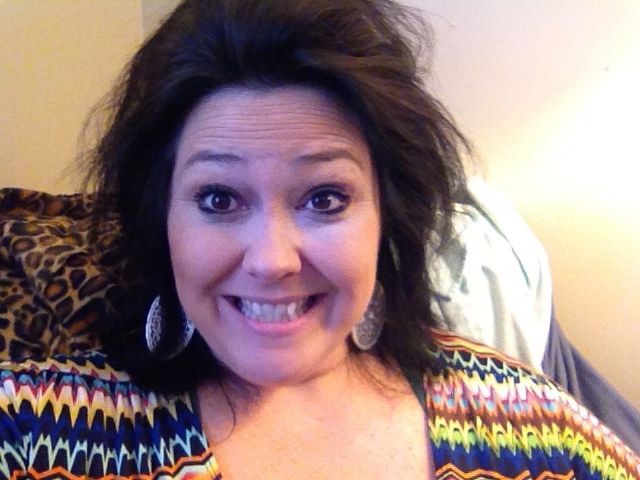