Had a wife and couldn’t keep her

He put her in a pumpkin shell

And there he kept her very well. 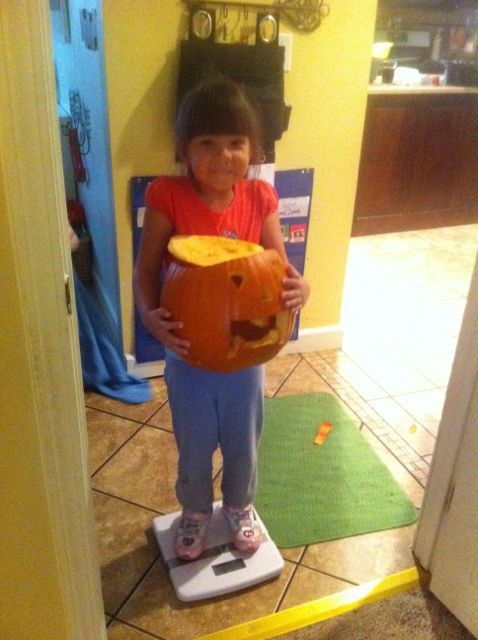 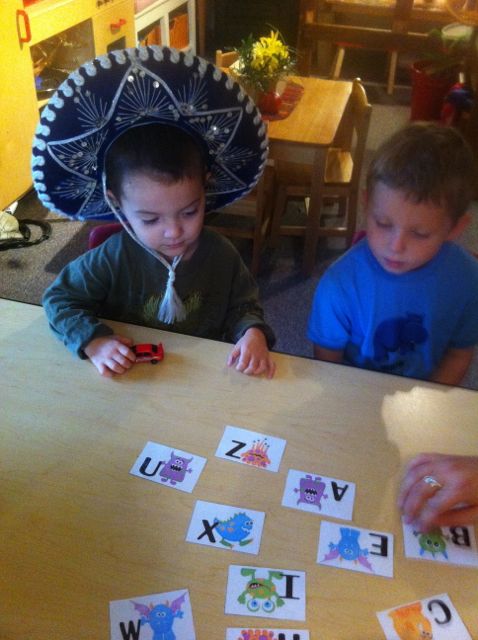 We played a game called SPAT the MONSTER.   Mrs. Bethany called out a letter and  the children at the table would SPLAT the letter MONSTER with their hand. 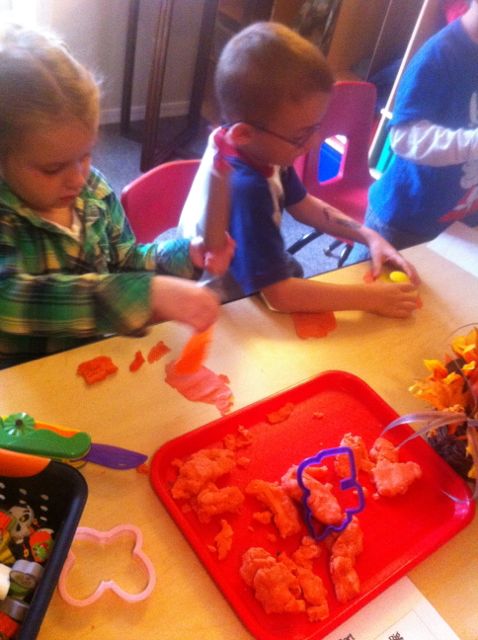 Mrs. Bethany brought new orange playdoh she made at home to play with today. There is a pumpkin playdoh recipe on pinterest that I have been thinking of trying. 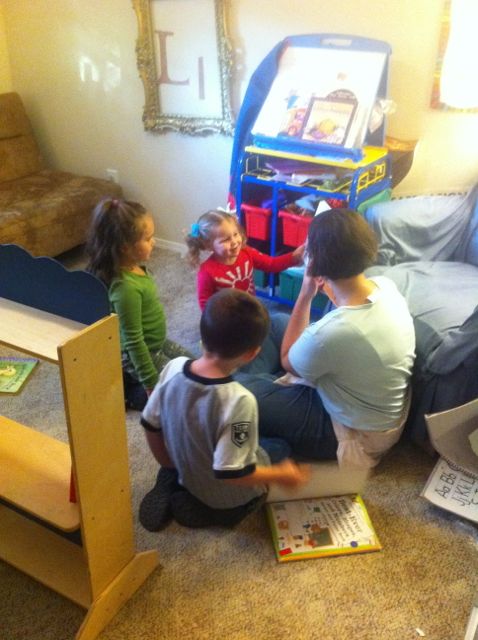 Mrs . Dallas was here again today to play  She read a lot to the kids.  I love listening to informal reading ( reading that is asked for by the children instead of planned ) .  Rumor is Mrs . Dallas might start an family home daycare like ours that takes infants and toddlers. I think she would be great .

Another great day in the bag.