We spent a lot of time outside this afternoon. So much in fact that we decided not to take a nap.  Some of your will be yelling for joy for the hopeful early bedtime what will cause. Some of you will be growling at me about 6 when your child starts having a melt down.  Each day I try to make decisions based on ” what is best for the kids.” It was So beautiful outside and I was having such a good time listening to their conversations and watching them play that I just couldn’t bust up the party.  Rarely do I get to go outside, Bethany  and Randy do that while I do inside group time but today Randy was sick so it was just Bethany and I.  ( Yes.. if you follow me on FB you know that I was not feeling well either, right ?  Women are SO much tougher than men. 🙂  I said this morning that Randy’s illness was not contagious but I will reserve that opinion until later tonight.  He has been in bed all day.  I just have a hurt back and an eye that is not cooperating . ( Swelling and Red.  I can’t wear makeup so I look a lot  worse than I am.)

One of the activities we did was balance and walk different ways on a ladder like a fireman does.  The kids were great !
William called the fire station on his radio to tell them the house was on fire !

We played in shaving cream and dropped drops of red and yellow food coloring . Guess what  happened?  It turned ORANGE.  After mixing the colors we practiced writing an F in the shaving cream. Fire starts with F.

I think ( I hope ) I have the pictures figured out . Now, if I can just figure out how to put the text between each picture explaining what is going on… that would be great!

I took over 70 pictures today. You can find them on an album on my FB. 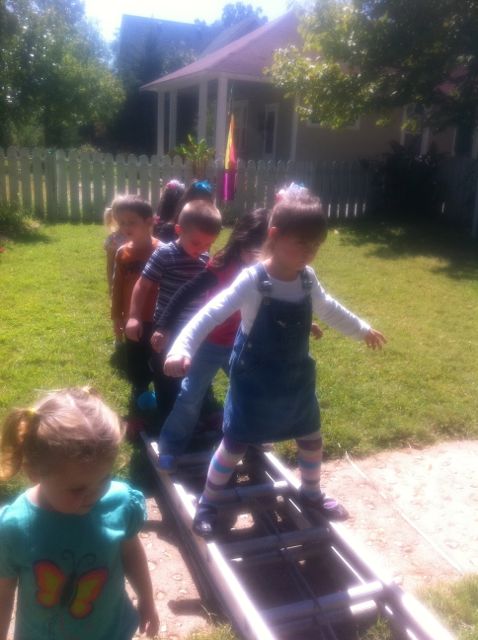 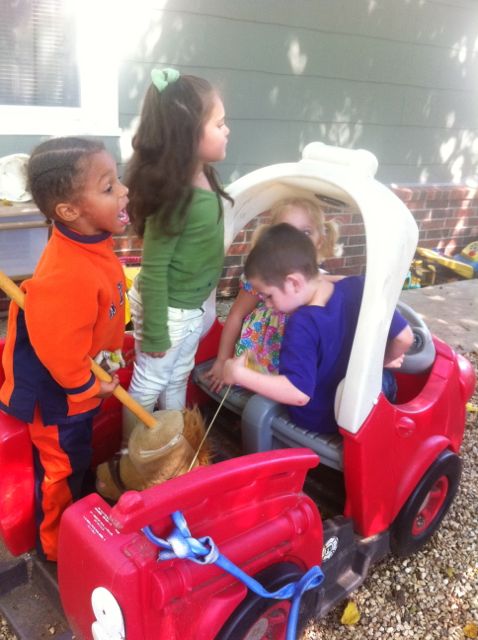 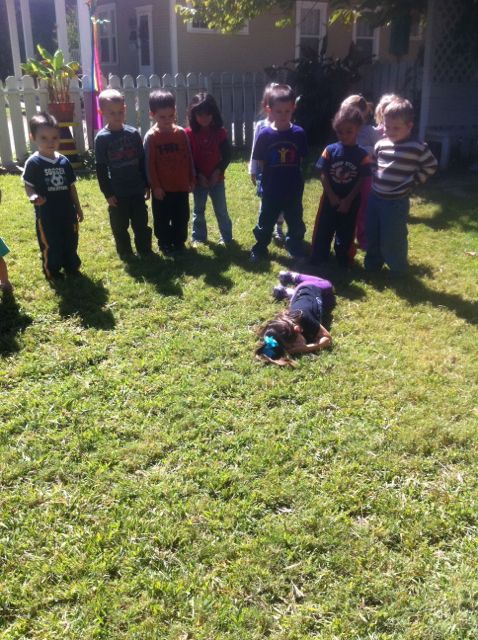 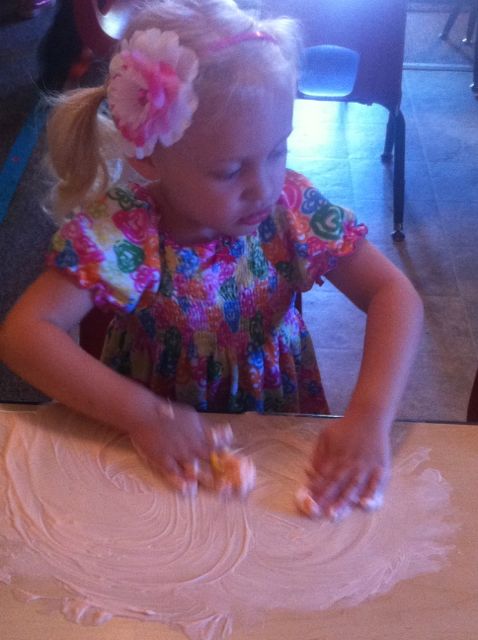 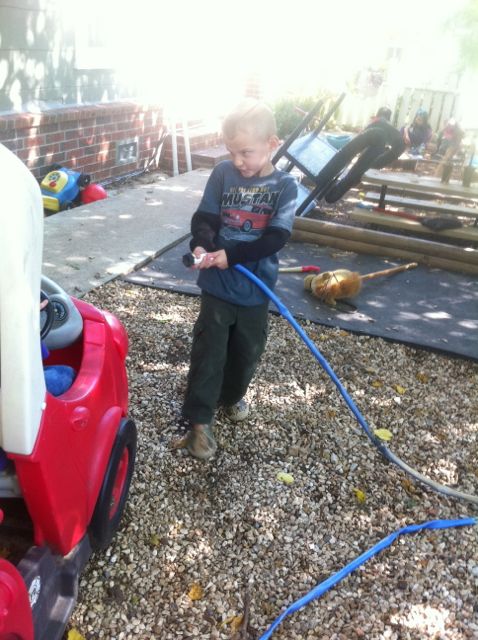 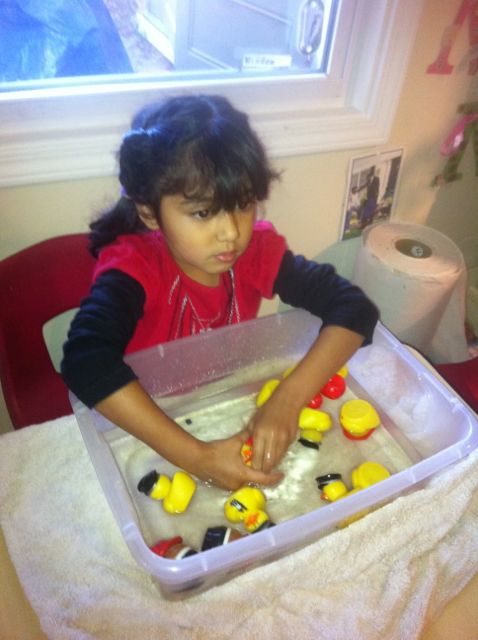 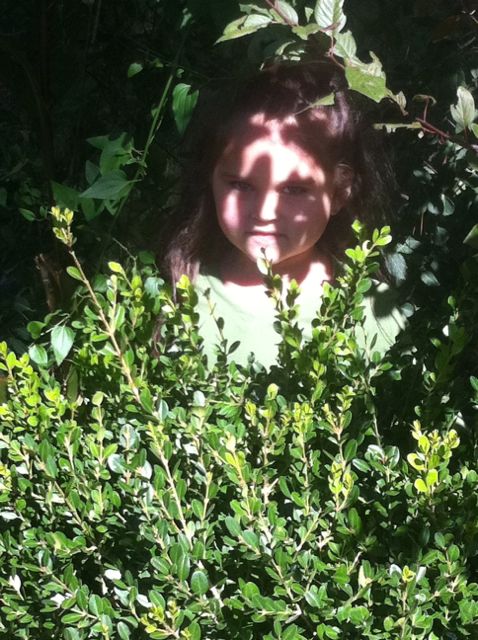 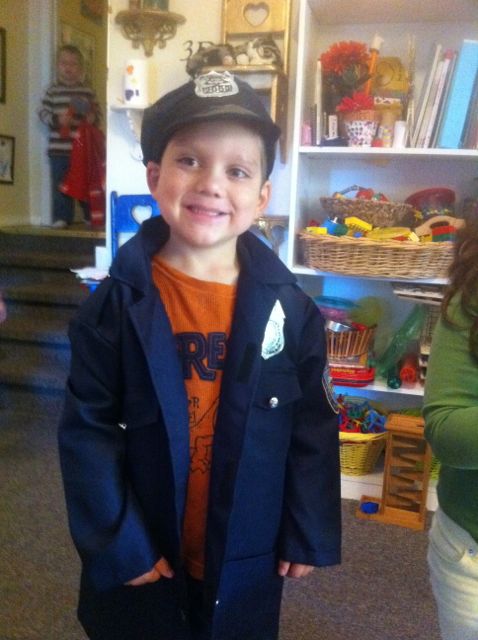