Why Do Pirates Wear Eye Patches

Why Do Pirates Wear Eye Patches

The morning was rather quiet .  The kids played inside and we made eye patches.  ARG!

In circle time we talked about ” why do pirates wear eye patches?”  Of course each answer started with a story.  ” well.. if two pirates were fighting with their swords and one was afraid he would cut his eye he would cover it. ”  Oh.. I see. The pirate would use the patch to protect his eye ?   Listening to children’s stories with the intent to build their vocabulary is a large part of our job.  I saw a pin the other day that stated ” Said is Dead .”  That means there are so many other words we could use instead of the word said. She whispered . She spoke. She screeched.  As you listen to your children talk help them find new words.  Dont ” correct ” them  . Simply add to what they are saying or repeat it in a different way.  SQUIRREL !  Ok, do YOU know why a pirate wears an eye patch ? 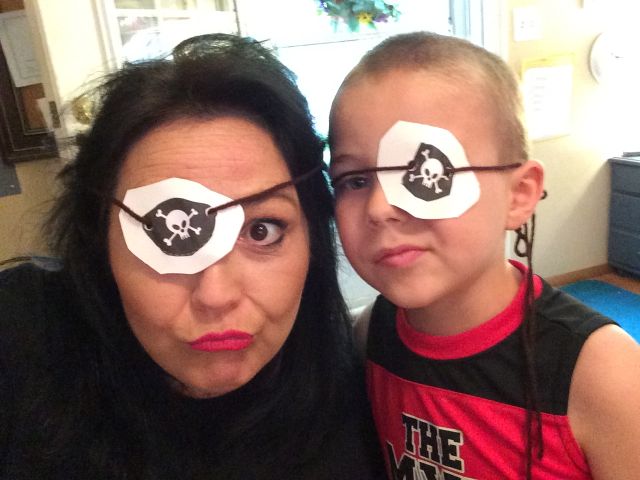 They are actually quiet clever.  Many times a pirate is on the deck of a ship and it is bright. The sun can be blinding.  Sometimes they have to go under the deck to fetch supplies or fight a battle.  It takes the eyes a long while to adjust to the different lights.  As a sailor goes under the deck where it is dark he moves his eye patch to the other eye. The eye being covered is already acclimated to the dark and he can function .  There is no light adjustment to be made.  By wearing a patch the pirate is always ready for light or dark.  Who knew???