The Mitten is a great book written by Jan Brett.  The illustrations are wonderful.  We started out small group today reading the book ” The Mitten .” It’s a story of a little boy that asks his grandmother to make him white mittens .She told him that if the white mitten is lost in the white snow it will be hard to find.   Nikki insisted that he needed white mittens so his BaBa made them for him.  As you suspect , he did lose one mitten in the snow.  Several animals happened to come across the mitten and one by one crawled into the mitten.  Even a BEAR crawled in.   After the bear a mouse decided to join them in the mitten and lays down on the bears nose . His whiskers cause the bears nose to tickle and the bear sneezes very loudly .  AAAAHHHHHHHHHCCCCCOOOOOOOOOO!!!!  All of the animals fly out of the mitten and the white mitten goes flying through the air into Nikki’s arms.  In the end Baba is holding the mittens and one is much larger than the other. She smiles. 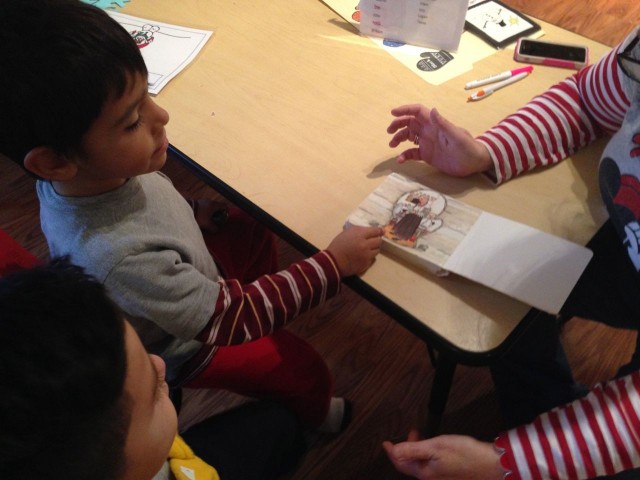 Books like ” The Mitten ” are great for asking children open ended questions ( questions that have an answer other than yes or no. )  Why do you think the animals crawled into the mitten ?  Why will the white mitten be hard to find in the snow ?   Why do you think one mitten is larger than the other mitten at the end of the story ?

We had a mitten color matching game out to play with today also. 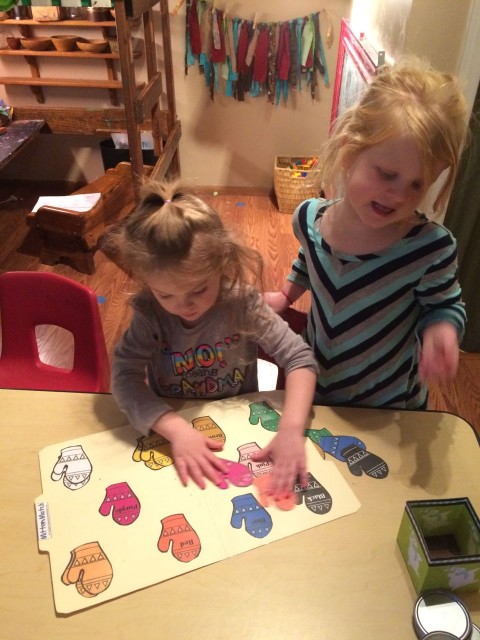 We did a sequencing activity with a snowman today.  We sequenced a large snow man sitting in the sun to a melted snowman . 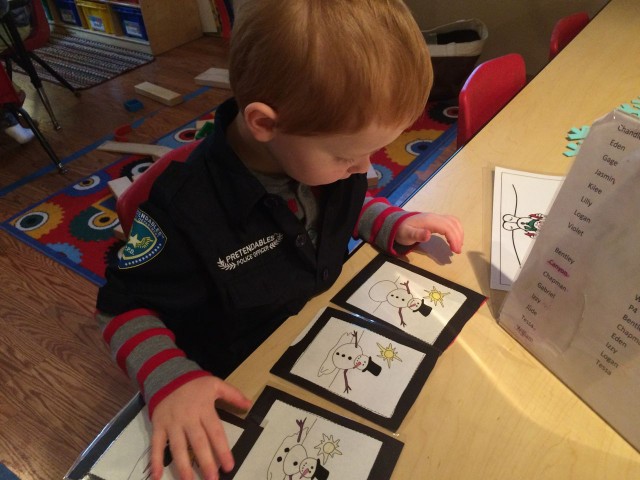 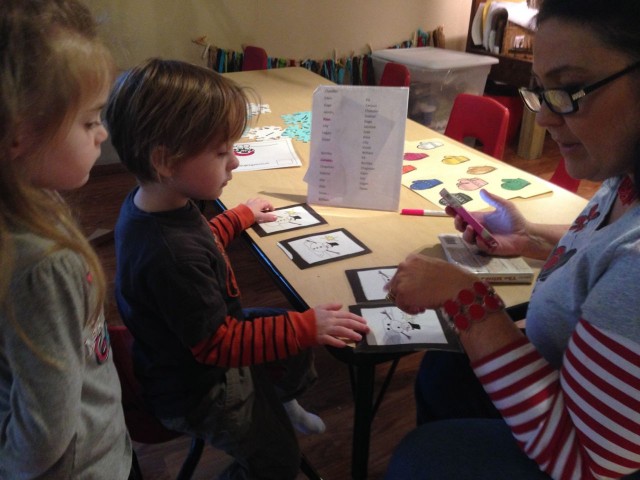 There were numbered snow flakes to put in numerical order. 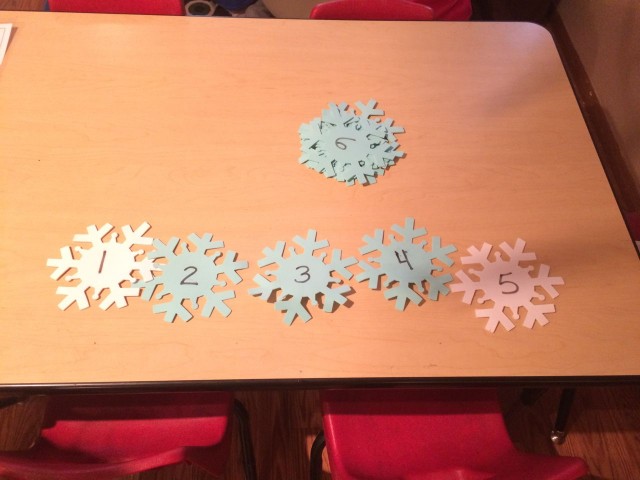 We also read  ” The Hat” by Jan Brett during circle time.  “The Hat ”  is much like ” The Mitten.”  A stocking flies off the clotheslines and lands on a hedge hog and his friends laugh at him.  He tells them it is a hat to keep his head warm and dry.  Then , of course, all the animals want a ” hat .”

Speaking of hats..  Look for our note about hats and gloves in our Facebook group.