Going on a Bear Hunt (tap legs in walking rhythm)
Gonna catch a big one
I’m not afraid
What’s that up ahead? (shade eyes)

Repeat all of the above, and replace the part in italics with

Back through the cave

We’re not going on a bear hunt again!

This is always one of the kids favorite songs.  I have a really cool version that the kids love.  Today we started talking about bears.  As I asked the kids what they already know about bears I got answers like :

As you know, I just use themes as a vehicle to help the children build their basic skills.  The cool thing with themes is as they hear ABC’s and !23’s in new ways and rip paper to make a cave so they build better fine motor control and sort tiny bears into colors they will learn interesting facts about bears along the way.  Is my goal to teach them all I know about bears ? No… my goal is to strengthen foundation skills.

In small groups today we counted and sorted bears.  Reminding them to touch one item at at time and count slowly so they are accurate is important.  After counting we sorted the bears by color. 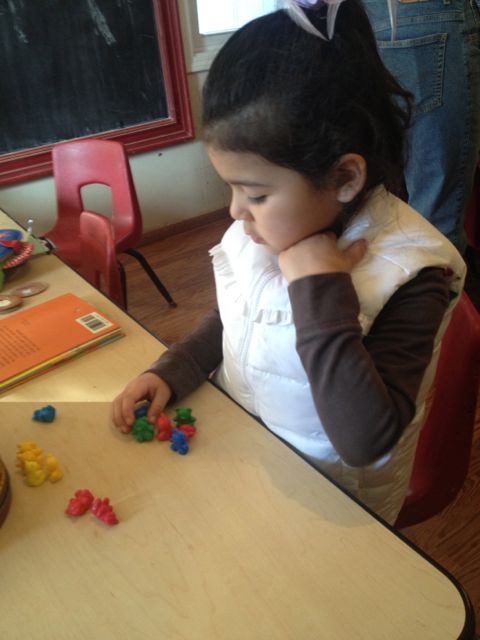 My directions for a 4 year old are : Sort the bears by color for me.

The higher functioning brains automatically sort the bears as they count. 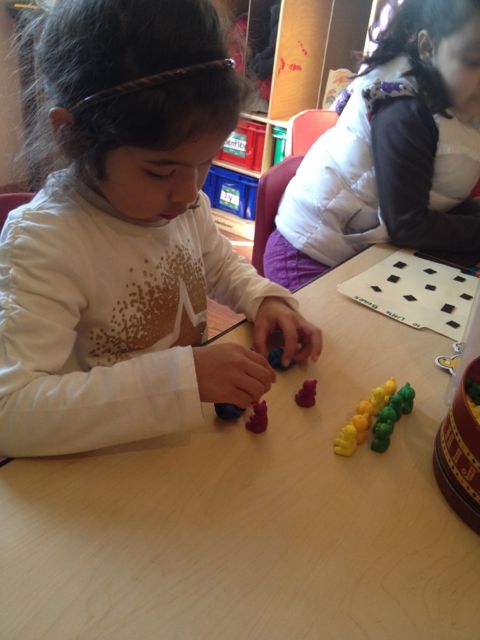 And and even more impressive skill is sorting the bears into kinds AND color without being asked.  There were two different brands of tiny bears and one of our friends sorted all the colors but also separated the brands of bears. 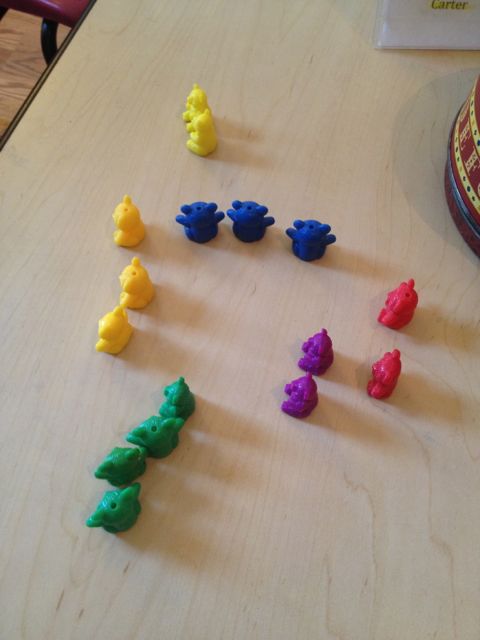 A group project today was making a bear cave with a cup and paper mache’. 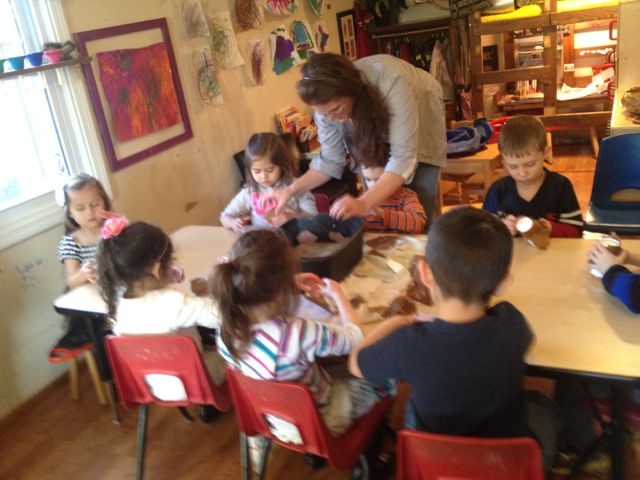 I encouraged the kids to bring a beat all week.  It was sweet to look around and see the kids engage the teddy bears in everything they were doing. 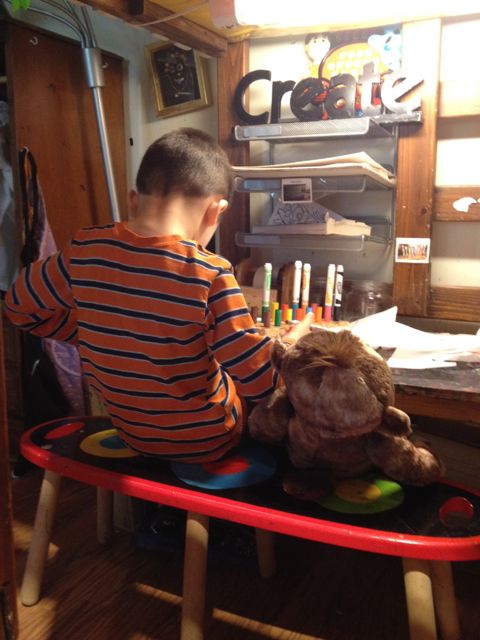 One of our ECCRS rules is that any stuffies brought from home that a child is intending to sleep with has to stay in the cubby until rest time.  The reason is that they believe less germs will be spread if children arent allowed to play with things they are sleeping with and coming into close contact with that might get body fluids on it as they sleep. ( nose or mouth drainage. )  I told the kids that THIS WEEK I would let them break that rule so they could enjoy the bears all day.  Emily said ” YOU are BREAKING A RULE?” I replied ” Yes, just this once .” Her reply ” OH!!! FUN!!!! ”