Bright Beginnings Preschool > farm > How many different ways can we sort ?

Today we looked at a book full of pictures of real farm animals.  Using books like this is a great way to increase  you child’s vocabulary.  We can use many adjectives to describe what we see .  There were FLOCKS of sheep.  We saw PIGLETS , DUCKLINGS and CHICKS.  What do you call a baby horse ? A horsling ??????  No… but I can see why she said that ! It is called a foal.

Then we played ” What is missing?”  Games like this one helps the kids become better observers.  I placed several animals on the table and took one away.  The kids would then look and try to remember which one I took away.  The funny part of this was they would cover their eyes and after taking an animal I would say ” Ok, Look back!” And every time they would look behind them instead of at the table ! It cracked me up. I realized that there were other ways that would be better to say ” Im ready you can look to see what is missing now..” But I LOVED that they all did this. HILARIOUS.  ( Hey, I need entertainment sometimes too! ) 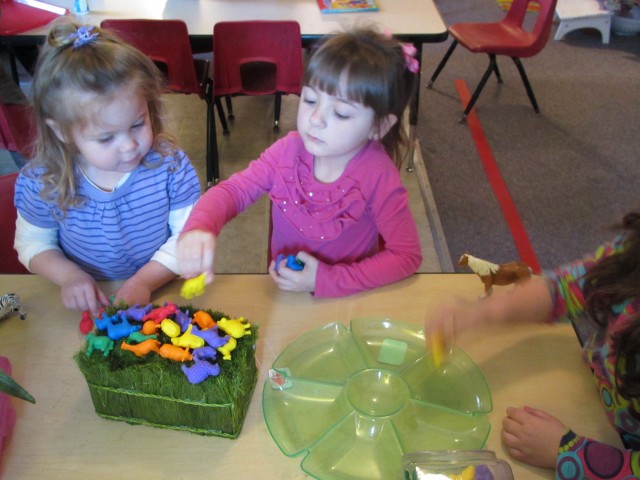 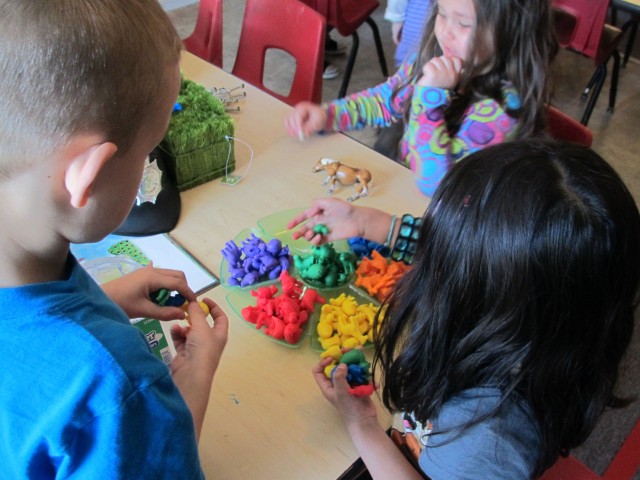 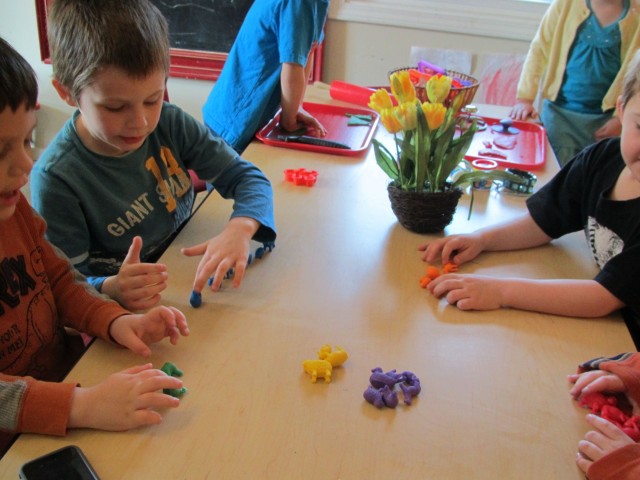 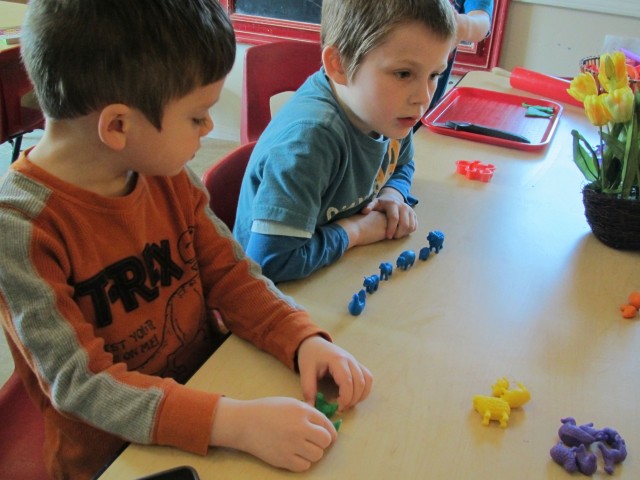 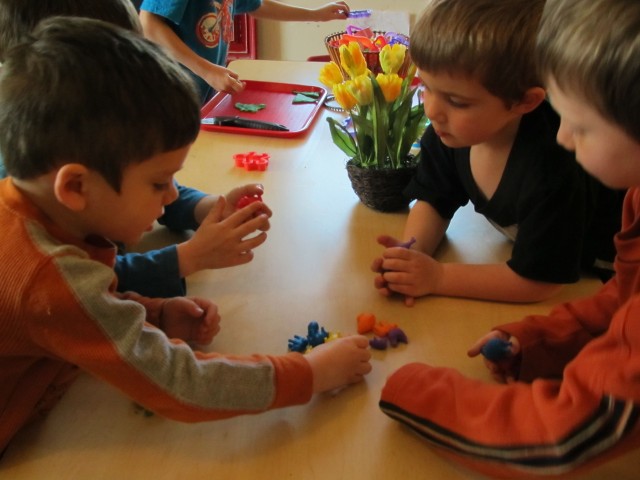 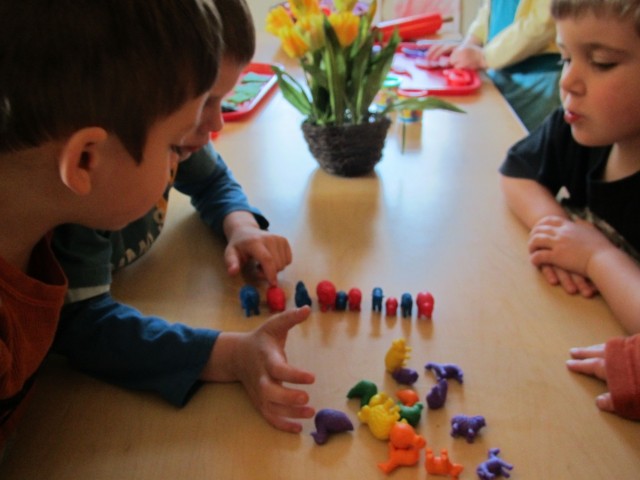 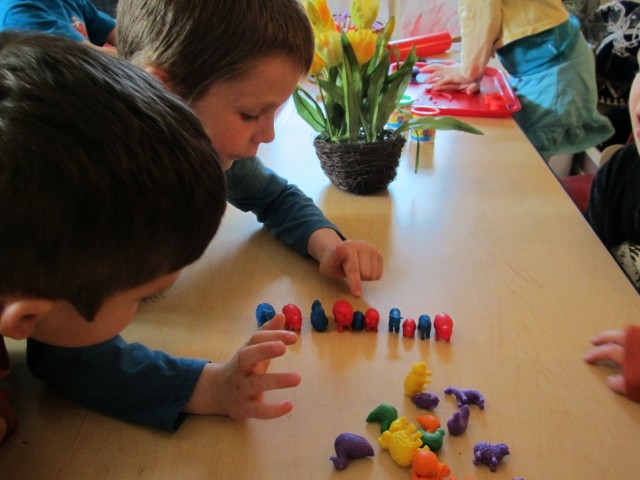 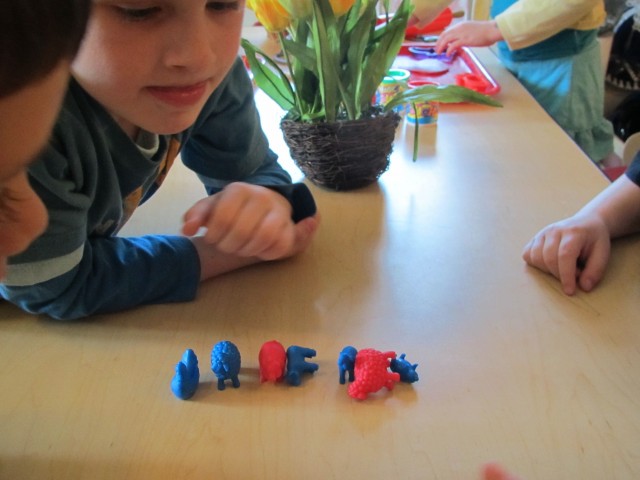