I’ve never really been a girl that gets down in the dumps. Most days I am a person who sees life through rose colored glasses. I have heard of people getting really down in the winter and struggling with depression. Is it possible with all the cloudy cold days we have had that our littles can be down too ? We’ve had pretty high emotions the last few weeks . It’s like a test for Holly and I to see how many coping / coaching tools we have in our pocket that can be used. But this however – is the most important thing we can do. You might hear teachers say ” we got nothing done today the children were terrible .” At our place we think a little differently. The kids had a tough day – we were able to teach a lot of skills. 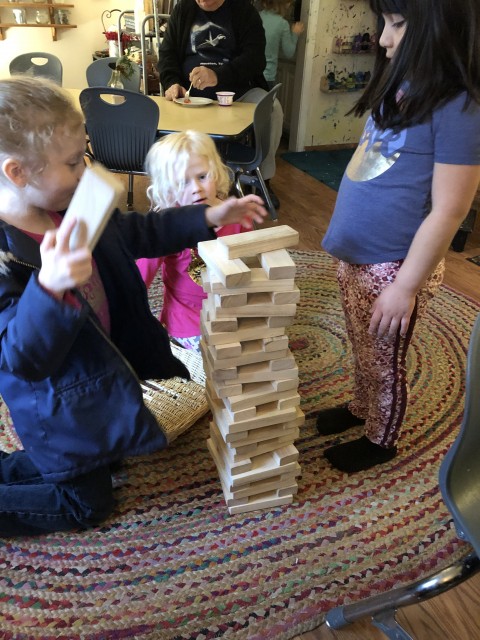 Today the children were dancing. They LOVE to crank up the music and move. One child bumped another child and made her fall. Immediately she told me . I replied ” That hurt. ( validating ) Are you being helpful or hurtful( helping someone make a good choice or trying to get someone in trouble. – also important, she wasn’t hurt ) ?” She ran off to tell Holly. Holly asked her what happened. She came back downstairs. I said ” now use your big voice to say – that hurt me when you pushed .” She did. The friend barely looked and replied ” I know .” I stopped the music and said “listen to your friend . She’s hurt .” She looked her in the eye and said it again. This time instead of “I know” tears came. The hurt friend noticed and said ” do you want to sit on the stairs and talk about it ?” 😍😍😍😍. She did not and she came to me for snuggles- but they both learned something from that. The hurt friend realized she has a powerful voice she can use to tell people she doesn’t like something. The friend who pushed learned she can’t just blow off a hurt friend. If I was busy teaching “M says mmmmm” I might not have been able to coach the girls through this. In a child led classroom children are the important piece – not the teachers.

However – we did play another letter recognition game today. 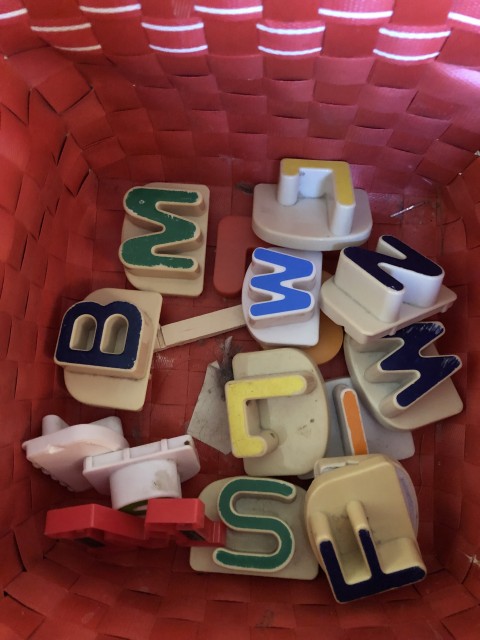 Many times we work through emotions in the art area. Savanna really missed her mom today and made her a letter. 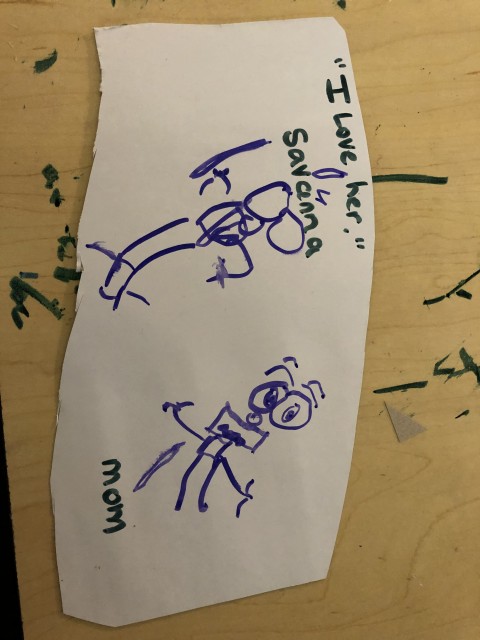 She also used our calm down area with feelings dolls.

I know I tell a lot of Savanna stories but she isn’t the only child that struggles with emotions. There are a few that really get upset and have a hard time calming down. The thing I need you to know is we don’t just put a band aid on it and shoo them off to play. We genuinely coach how to handle BIG emotions.

While waiting on lunch we did some art ( free choice on eBay they drew ) and listened to a little Mozart. 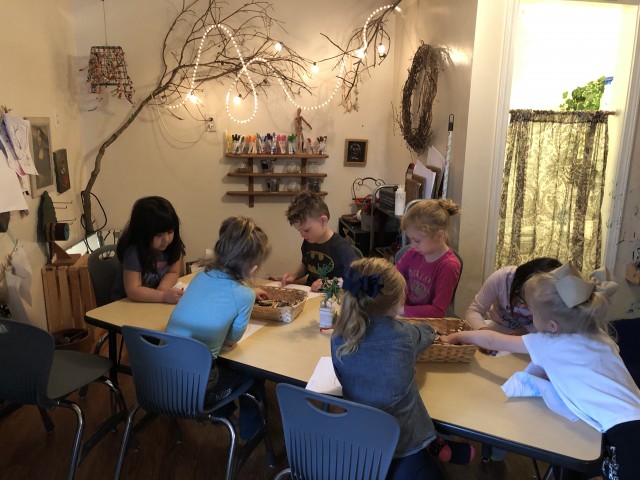 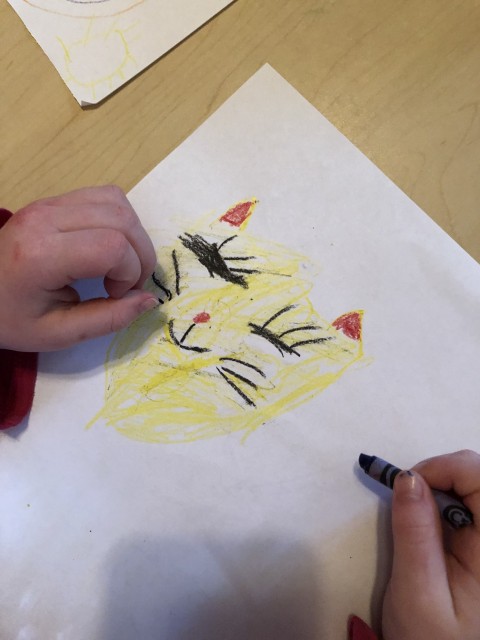 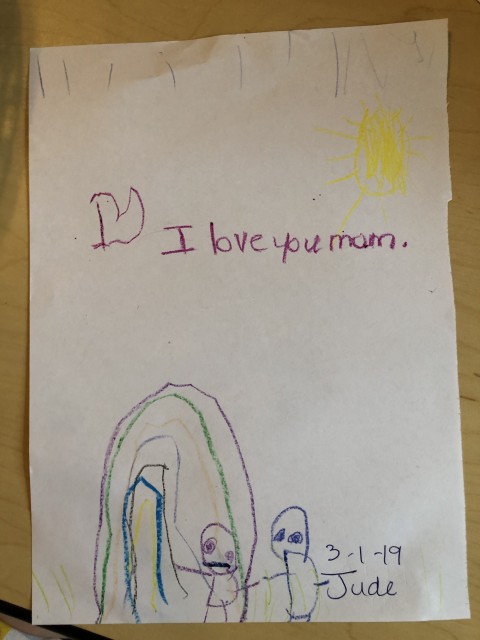