This morning we decided to spend a longer period of time outside to make sure your littles were very tired before it was nap time.   There were many things going on  as the children played and discovered new toys.  The “toys” that were played with the most were two cardboard boxes headed to the trash.  The children played with these boxes until they were broken and laying flat.  I saw the box used as a car ( with a whole family inside ) and I heard it was a boat in the middle of water.  It was a hiding spot and at one point a child got in and the other children filled the box with balls.  I could explain to you the benchmarks that were being met as they played with the boxes but I wanted to touch base on something so much more important that we noticed today.   As children are given longer periods of uninterrupted  time to play they dig deeper into the material and the relationships.  Today we saw children begin to form friendships and coordinate play together. 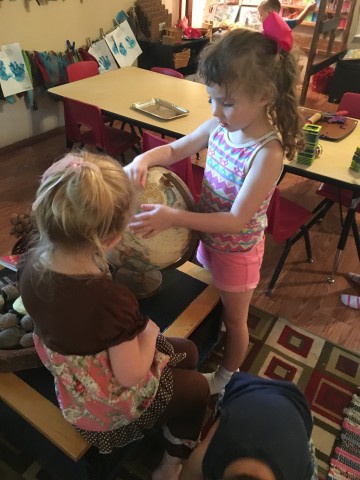 Being with peers in a preschool setting allows children experiences that they may not be afforded at home such as negotiation and compromise.  Children are encouraged to express ideas and opinions and to listen and to respect those of others. At Bright Beginnings we do not helicopter and work out all the children’s conflicts during the day. We watch and listen for safety and guide when necessary .  Solving conflicts is one of the greater skills a child can learn while in our preschool.  We hope that they leave with the confidence to handle relationships in kindergarten with words and assertiveness. 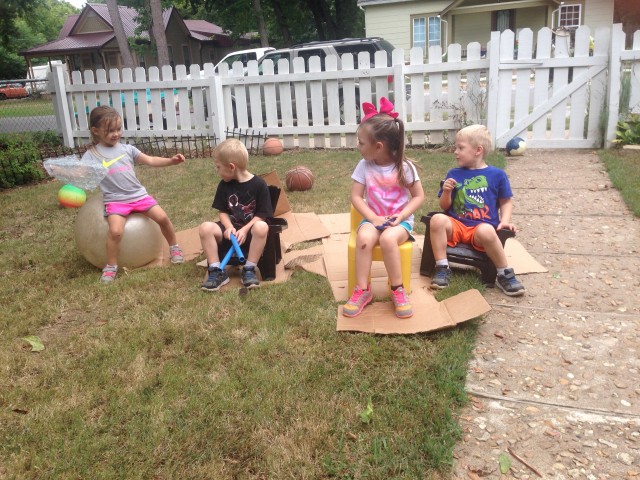 While some children find it easy to join play others struggle.  As teachers, we can help them know appropriate ways to enter play with their friends.  Sometimes it means helping them being more direct. Instead of saying ” Let me play ” they may need help with the words ” I want to build a house at the end of your bridge .  ” 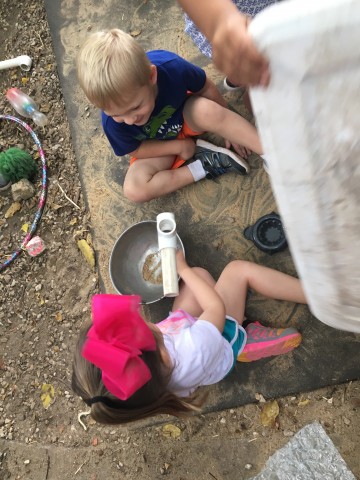 Even in preschool you hear ” I am not your friend today.” Is that ok ? Yes, it is.  Don’t be too concerned when you hear a child say that .  One minute children are crying to play with a ball and before you hand it to them they are distracted and moved on to the blocks.  Friendships can be the same way.  They are not trying to be hurtful they are just very matter of fact.  As the year progresses and we see this as an ongoing struggle you may hear us say ” Look at your friends face . What is it telling you ? ”  ( sad )  We  may have the other child say ” It made me sad when you said you wouldn’t play with me.” We have acknowledged and empathized.  If they still need a resolution we might ask ” what will make this situation better ?” 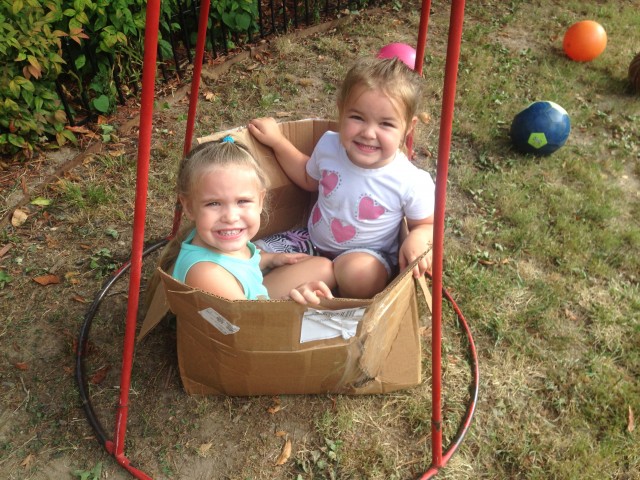