I met the kids outside this morning in anticipation of a marvelous day outside following spring break. The wind made it a little chilly. After breakfast we did stay inside for a little while before returning to the yard. Inside I taught some of the kids a new game to strengthen our alphabet recognition skills and this is one that you could make easily and very inexpensive at home. You take popsicle sticks and write a letter of the alphabet on the top. You take four sticks and write the word kaboom on each stick. Put all the sticks in a cup – writing at the bottom and the children draw one out at a time and tell you what letter they drew or what it sounds like. ( I believe that was the longest run-on sentence I have ever written.) If they draw a kaboom they have to put all of their popsicle sticks back in the cup and start over again. They really liked this game. 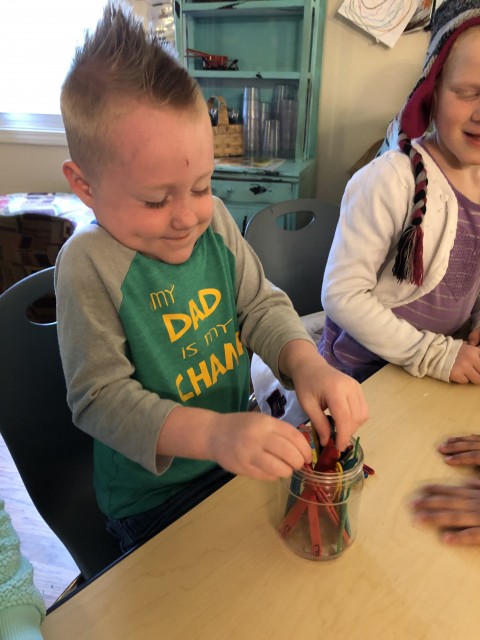 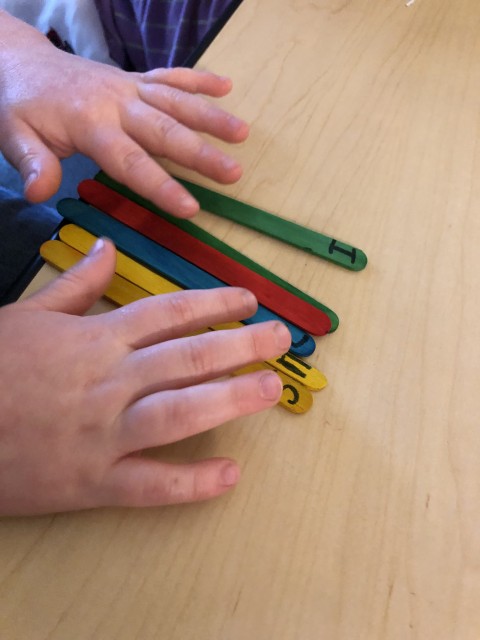 This was a great follow up activity after reading Chicka Chicka Boom Boom this morning and playing with the toy I picked up at the last conference. 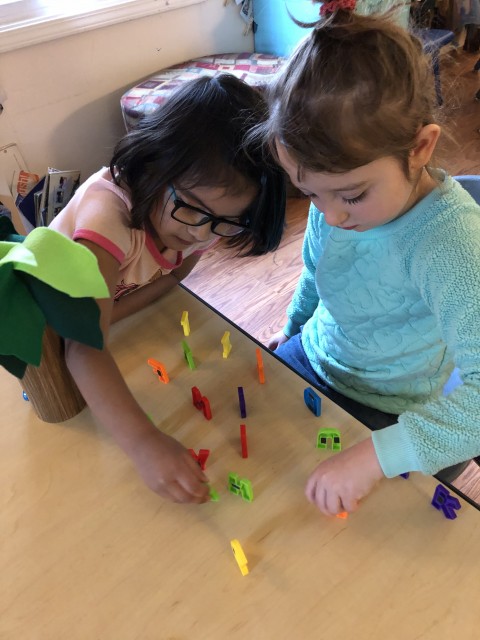 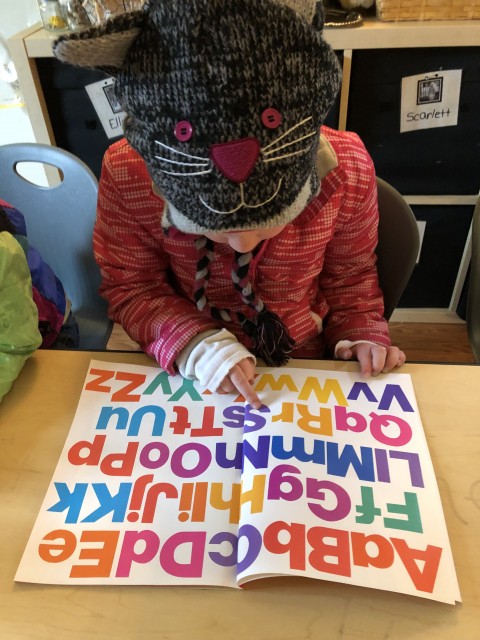 I would say today was a great day after the children have been out for a week. We were missing a few today so perhaps that made the transition back into school a little easier.