Yesterday during your inside time I took one of the pumpkins that’s been moved around in the playroom and put it on the table along with some orange paint. 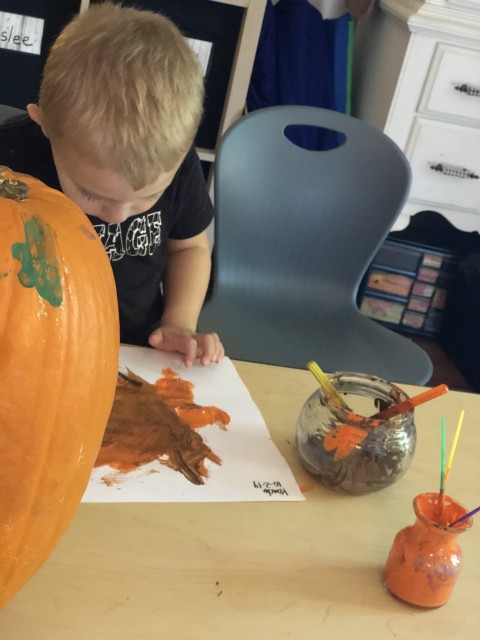 I asked the other children what color paint they think we needed and they said Brown. I asked what the brown paint was for and they replied a stem. So the brown and the orange paint were placed on the table along with sheets of paper. 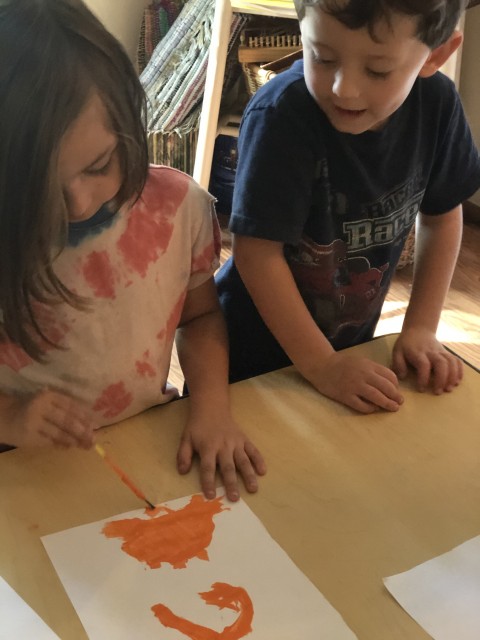 The children started creating. So that was the initial invitation to play. 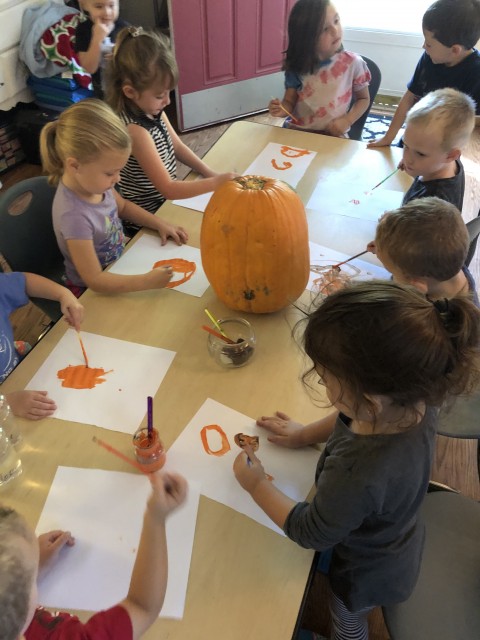 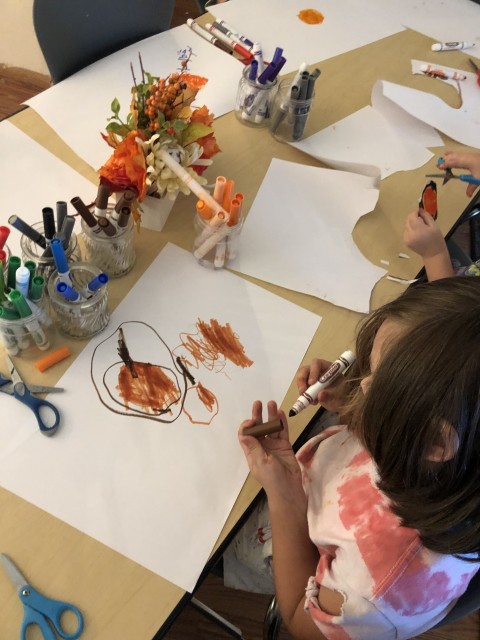 All of these are skills that people say are helpful to have when they go to kindergarten. I didn’t make eight children sit at a table and grab a pair of scissors. I didn’t put a coloring page of a pumpkin out and tell them we would color it orange and then cut it out.  I simply invited them to play at a table with a pumpkin sitting on it and some orange paint. The rest was their decision and how they wanted to learn.