Today was like an amazing spring day. We spent much of our morning outside running off the weekend and holiday hoopla . Sometimes when that happens I doubt myself and the way I teach and wonder about things like literacy ? How in the world can I ever get these kiddos where they need to be just let them play outsider? Then they will do something that reminds me that the majority of the time we are working hard to meet goals in literacy and math and science and all the other important areas so a day here and there of being children and living off the grid is OK. For instance, there has been a sign hanging in the play yard all year. Actually, there are many signs hanging throughout the play yard. Today day Jude stopped and looked at the one at the end of the trike path and said, “what does this say? ” 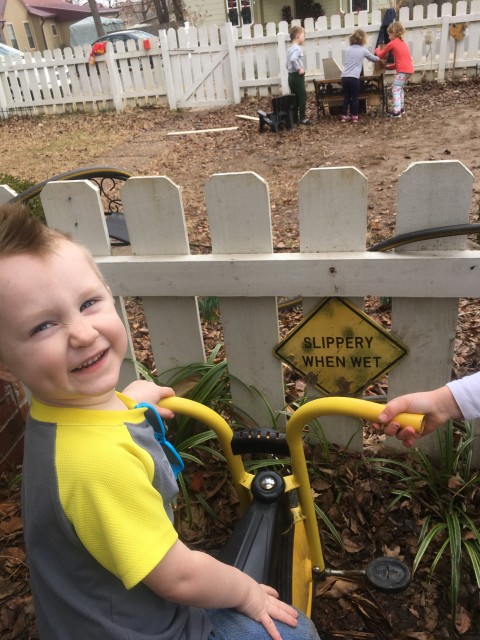 Maybelle pointed to the letters and said it says stop where you are. The sign actually says slippery when wet but just making this observation tells me a lot of things that let me know my children are where they need to be when it comes to literacy. They know that print has meaning. She knew the word started with S. Later as they traveled farther around the bike path Jude spotted another sign. 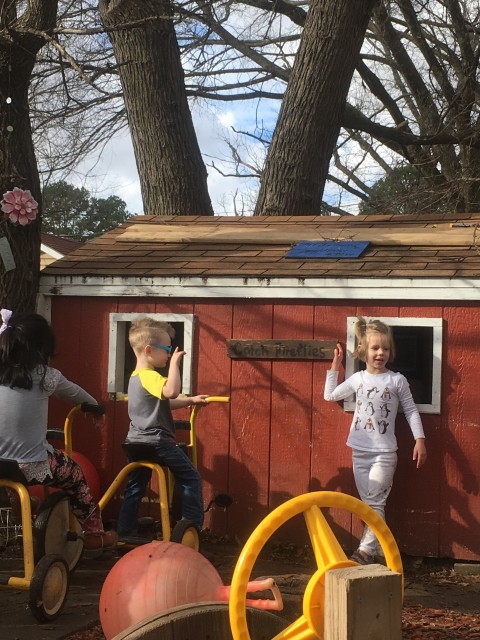 He said “what does this one say?” Holly asked him what he thought the sign might say. He said he wasn’t sure. She told him what the sign said and he went merrily along his way.

Then there was another group in the front yard that played for quite a long time. They used their muscles to move the heavy bench to the front fence. They built a structure using balance and coordination. They were playing frozen. One of the children would lay on the bench and the other two children would take turns coming up and singing ” would you like to build a snowman? ” It was the sweetest thing ever. But look at that structure. 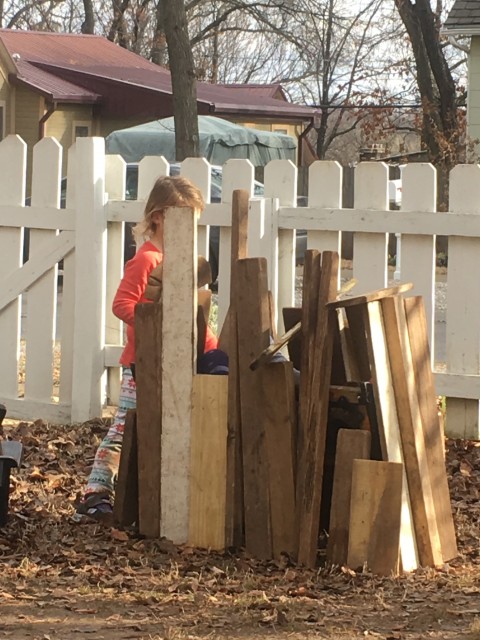 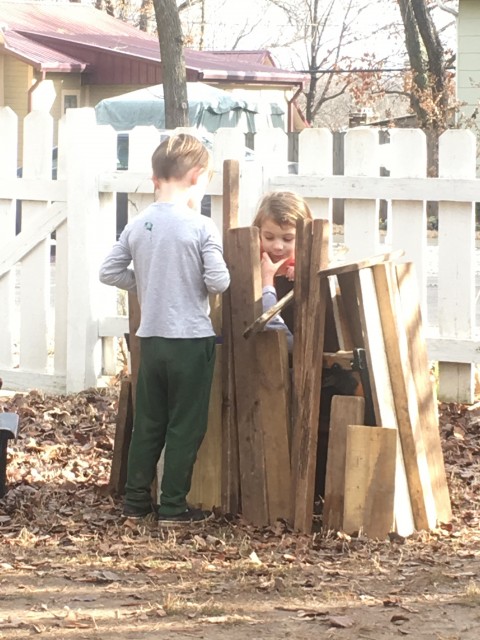 Then let’s talk about science. Of course there are more daffodils popping up through the ground ( though I’m not sure why so early before spring ) They were noticed by many of the children with great excitement. But how about figuring out that if you take a periscope and run it through the boards of a fence you can be in the yard and look all the way down the sidewalk? Now that is some scientific engineering or a four-year-old. 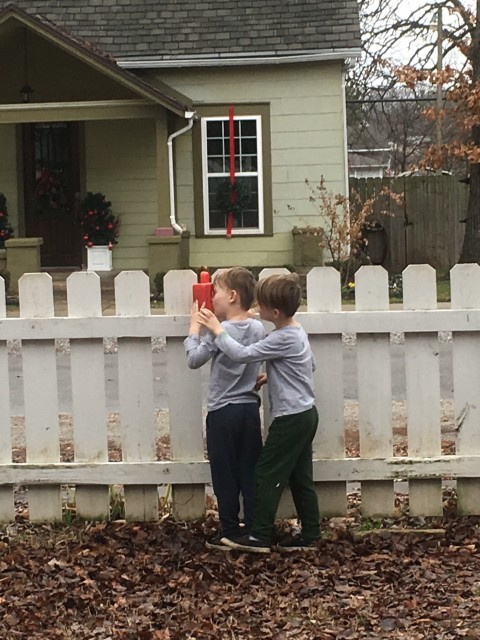 Oh yeah, and Annalise found this huge grasshopper. She brought it to me and moving her tiny finger said ” hi my name is Bob . How are you?” There is never a doll moment at our house. 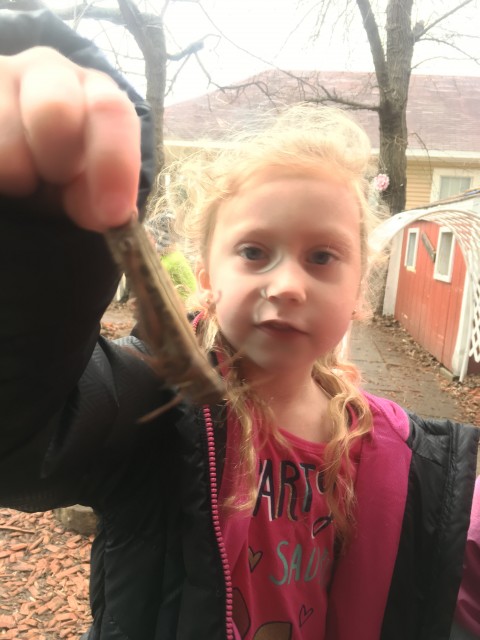