Honestly, games are probably my weakness. I have a hard time sitting and watching movies. I have a hard time doing anything that is not active physical or brain work for myself. If you’ve never played a game with four children at one time that constantly test the rules of the way the game is played or they just lack the foundation knowledge to play you have not lived. It can be quite taxing . Many times 1/2 way through a game the child will say ” I’m gonna go play another game now .” 😳🤷🏻‍♀️ However there are many advantages to playing games with children. 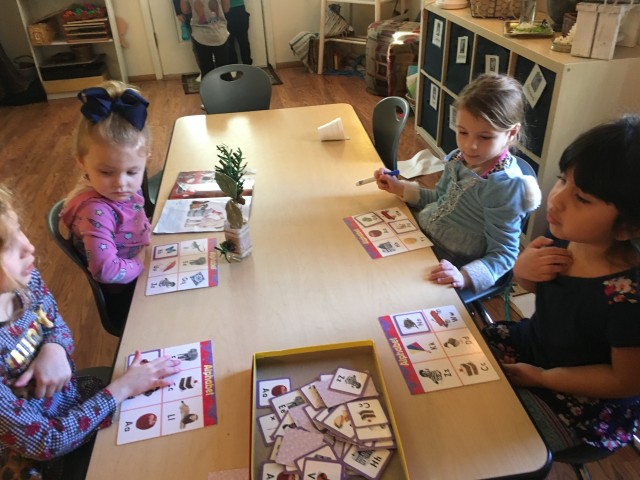 They learn the skill that is intended for the game , they learn how to take turns, they learn the social graces of not being first or being last, the list goes on and on. Today we played a game called ABC bingo. I was really quite impressed with the amount of letters the children knew. Closer to the end of the semester with the older kids we will try playing it again but which sounds instead of letter recognition.

We also played another game that was totally made up. This game involved math and creativity as well as all the other things listed above. Each child rolled the dice and counted the number of dots on the side . They then decided what action they would like for their friends to do that many times. ( Boy , that sounded confusing .) We had actions that involved putting your hands on your head , clapping hands and stomping the feet. 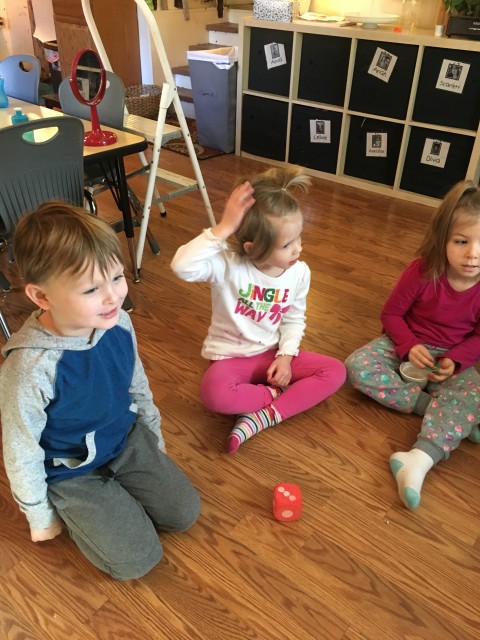 We also had actions like smell your hands, smell your feet and spin in a circle. Engaging children in fun game type activities are a perfect way to get them ready for kindergarten.

Also a big shout out to my friend that works for Astate. She was on vacation and picked up these huge pinecones. 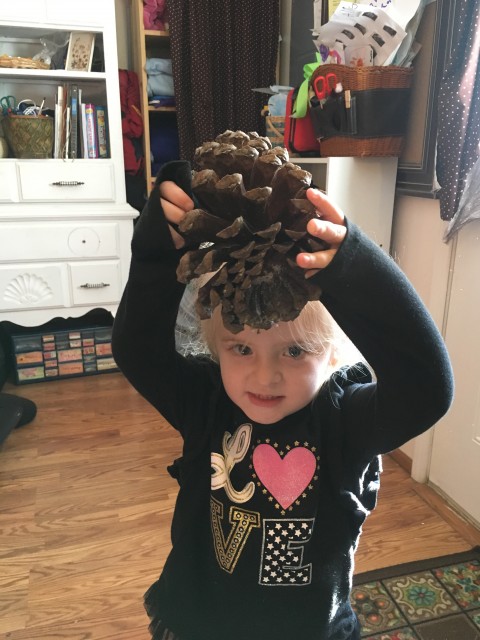 She of course thought of us and asked could we use them. I think tomorrow I will ask the children what we should do with them. The cool thing about many of my friends are they are not only the most knowledgeable people in the field of early education in Arkansas but they also love children. So why not take a seat on the floor and join our game ? 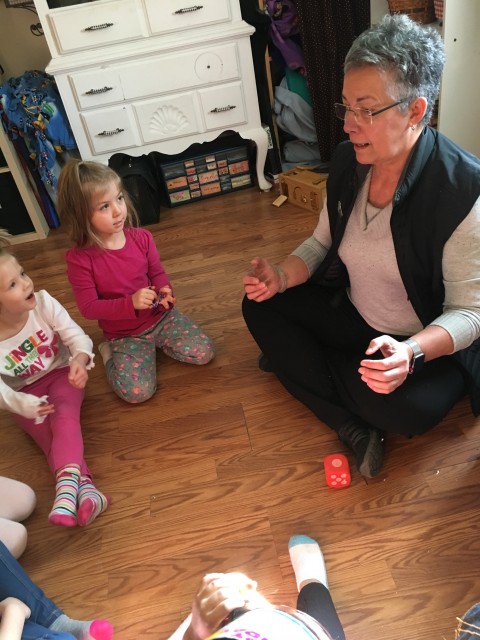 Other news is that today I used the ladder to clean off the top of our large white shelf. I left the ladder in the middle of the room and as expected the children began exploring with it. Think about being a child 3 foot tall and being able to put your head up close to the ceiling. One of the few times in your short life you are as tall or taller than everyone else in the room and how powerful that could be. Is it risky, of course it is. 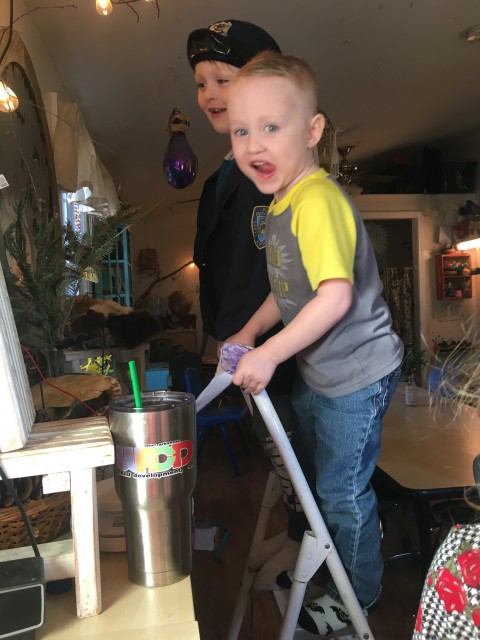 But with supervision and reminders it was completely safe. Taking safe risks in the presence of a safe keeper helps children learn to assess and take risks of their own and allows them to feel powerful. 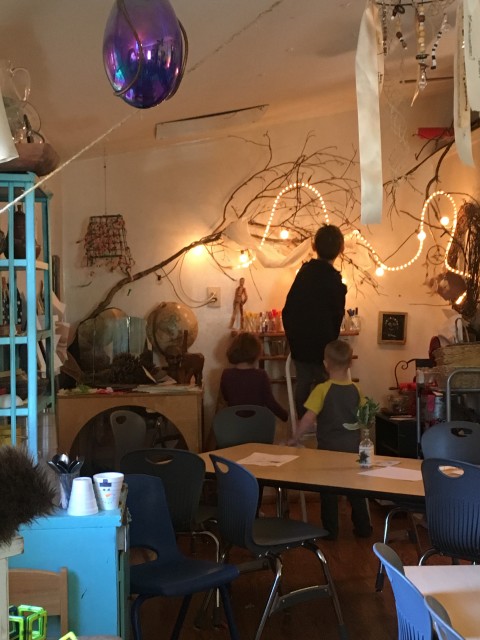