‘Tis the season. Yesterday we had the health department here. They inspect us just like they do a restaurant. Usually we have atleast one violation. Yesterday – none! Today licensing came and because of the local home daycare that was busted for drugs we had a thorough inspection. She was here over two hours and looked in every space of the house including upstairs. Of course , it all went well. When stupid people make dumb mistakes it gets harder on everyone

There were lots of good things going on today. 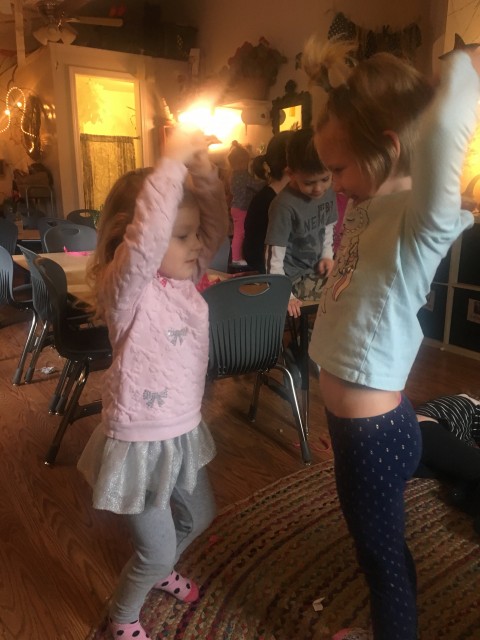 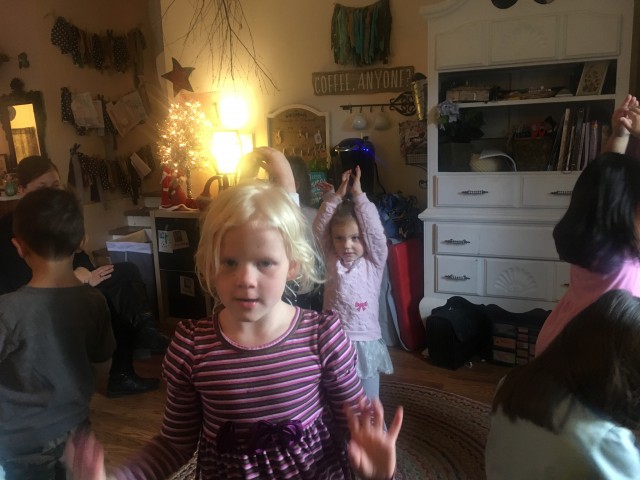 The ballerinas were in full 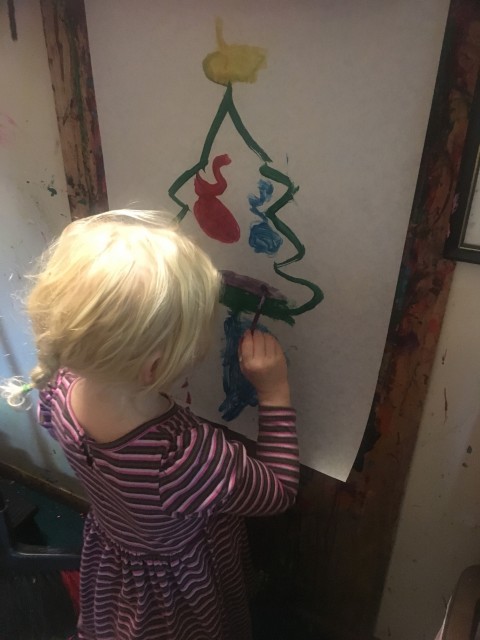 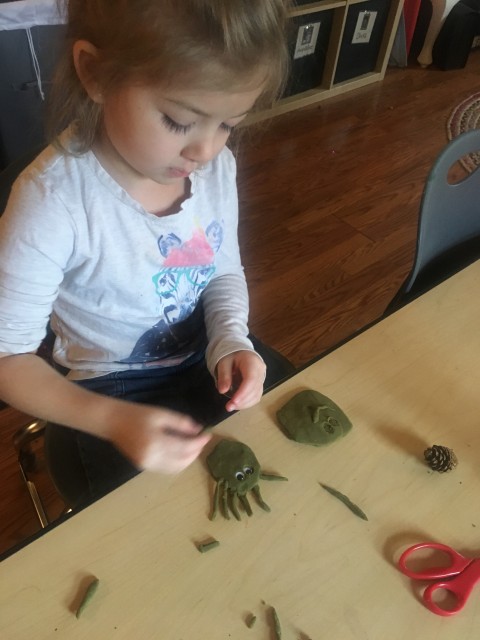 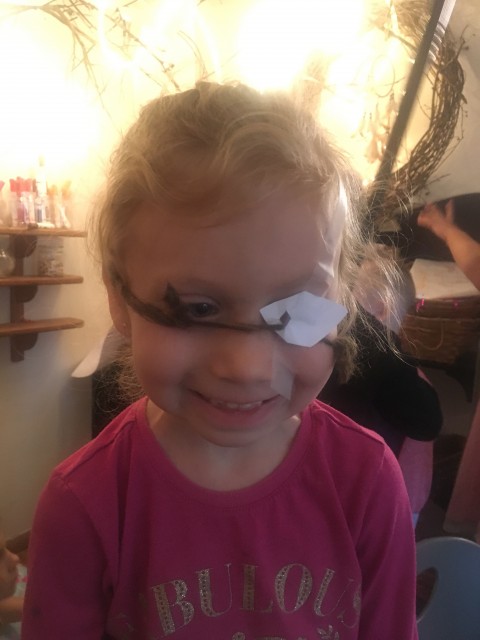 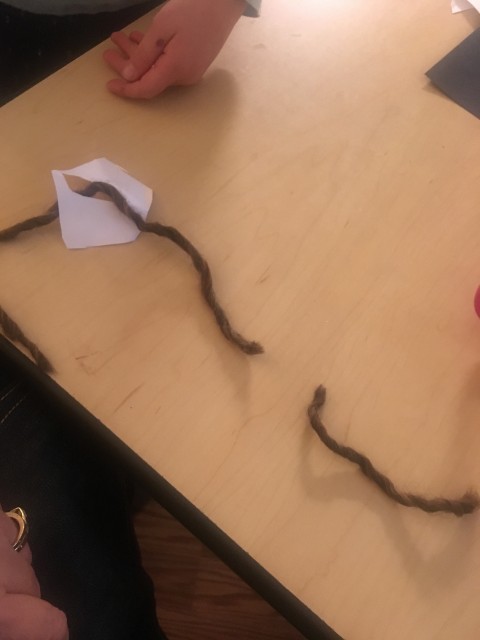 Do you remember the last few days we have had treasure moss drawn ? Today they added eye patches. There was problem solving. Look closely and you will see the patch taped to the eye. 😬. There was also some real life math happening. One of the children needed a piece of yarn large enough to go around her head. The first one she cut was not. She decided to cut a small piece and tie it together. The yarn still wasn’t long enough. We problem solved to think what might help us get a piece of yarn long enough. Finally , with a little team work we figured it out. 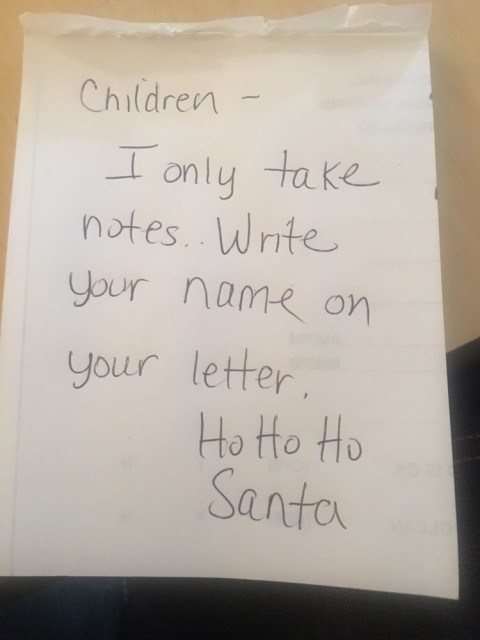 Every afternoon Santa empties the Santa mailbox. Yesterday he found a large glass in there so he left a note ( making literacy real

To the kids is important. )

They listened and continued making notes for Santa. 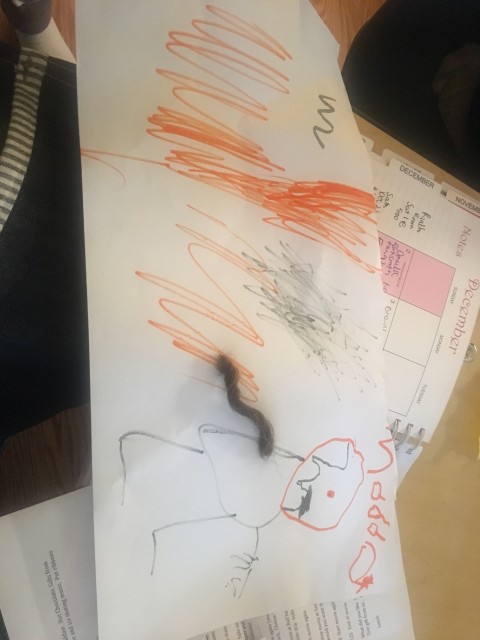 This is a dinosaur with a tail. ❤️

Remember in dramatic play is where they mimic and work out real life ? 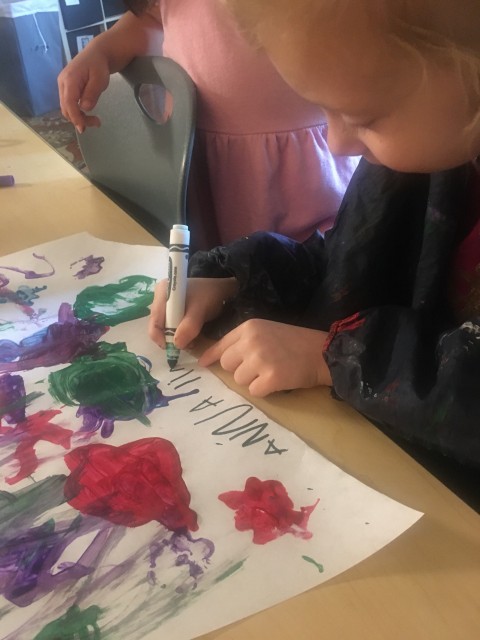 Annalise made this painting and she declared ” Its a masterpiece .” And it was.