This year since we have been working on our super hero traits for two weeks I decided to opt out of the traditional Halloween party for a Super Hero Party.  It was just as much fun !

I was up pretty late getting everything set up and ready but it was so worth it.   I  finally found the last three capes I needed and so that means at 1230 I am painting their initials on them . ( And some didnt dry all the way and got messed up . Its the thought that counts , right ?  ) 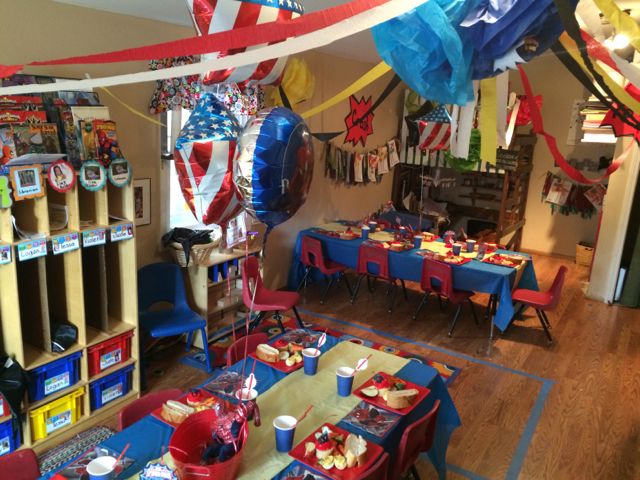 We had several mommies and a grand mom show up to help.  I am so thankful . There is no way we could do such large parties if that didn’t happen.

There was  a spiderman  web the kids could maneuver through. 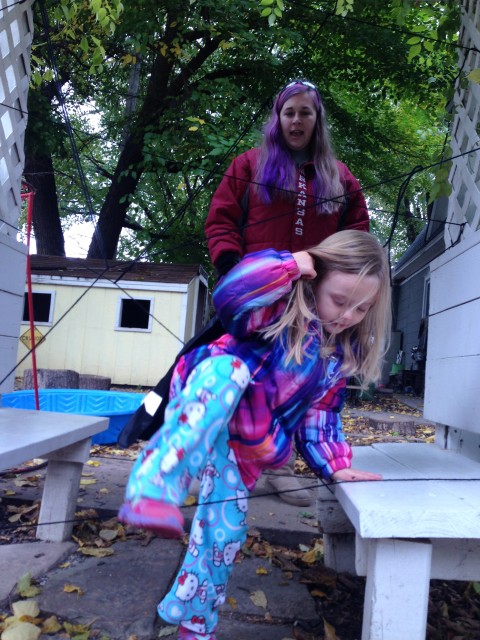 Knocking down a brick wall like a super hero was fun. 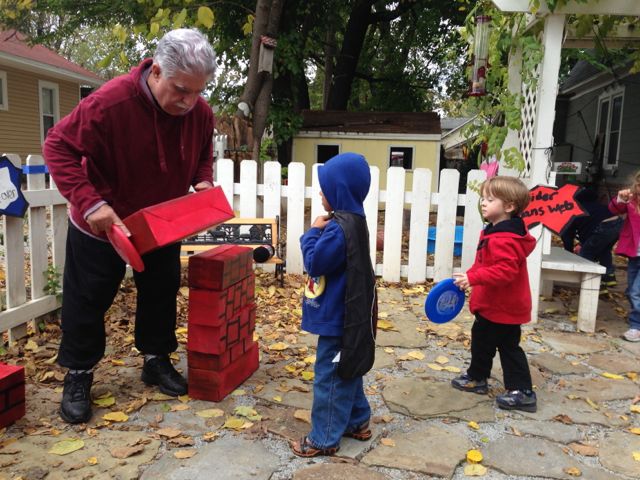 Using a ” grabber ” to pick up the deadly kryptonite was another fun space. 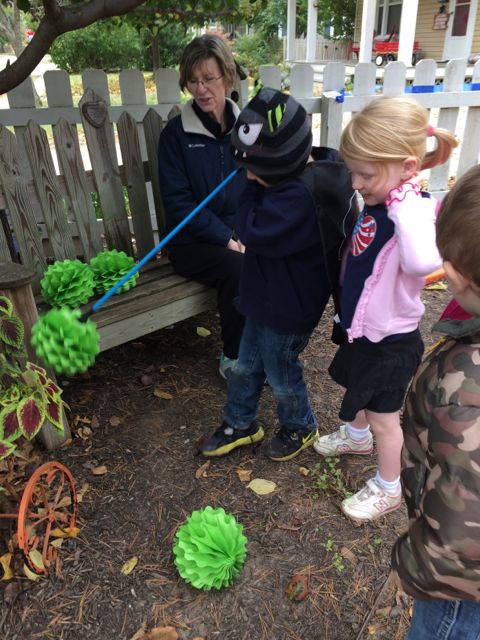 Super heroes could test their skill as they walked across a bridge with hot lava underneath. 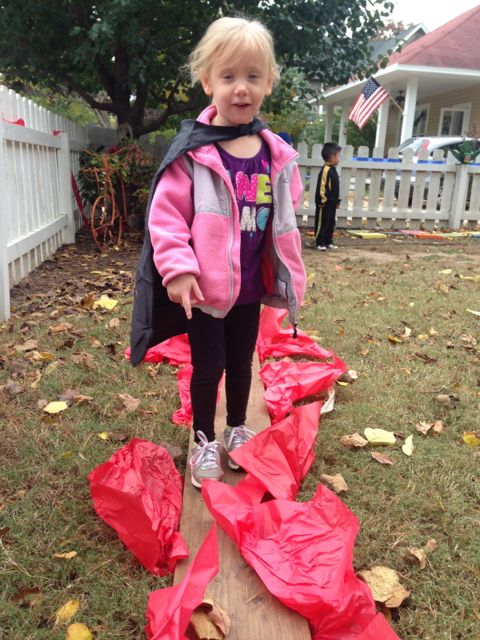 We had the superman tunnel !

And we also had an obstacle course to test super hero agility skills. 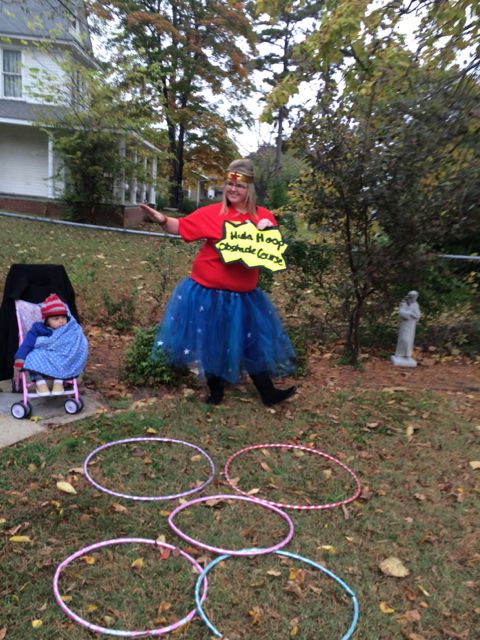 It was a super fun day.