Children today are beginning earlier in social situations, and they are spending more time with peers then they used to.

Recent studies have found that some friendships formed in the early years of childhood are second only to family in importance . From such findings come a heightened awareness of the social and emotional importance of friendship and the earlier years. 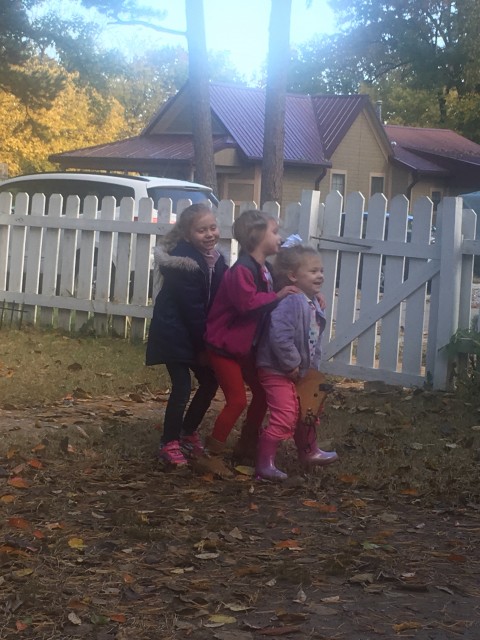 Enrollment in a program like ours offers children social experiences that might not be available to them in relationships with adults or siblings. With many friends their own age a child encounters lots of opportunities to negotiate and compromise. Children are encouraged to express opinions and ideas, as well as to respect others. 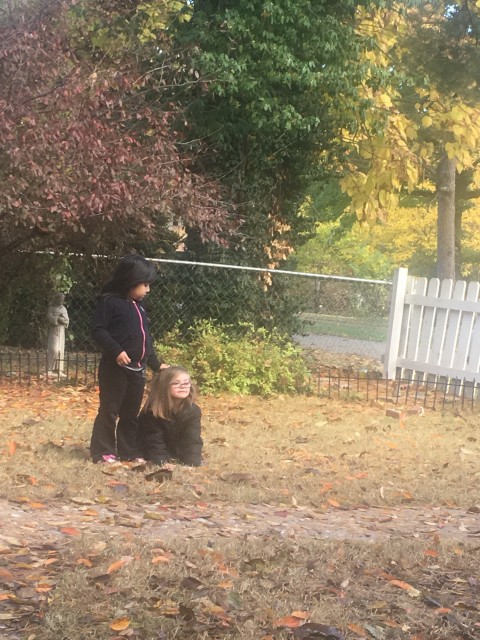 Interaction with and acceptance by peers have long-term effects on a child’s life. Preschoolers develop social competence in three main areas: initiating interactions, maintaining ongoing relationships, and solving conflicts with other children.

While some children easily join a group at play, others have difficulty. As adults, we can help children learn social strategies for entering play groups or for talking to other children about what they want. Watching for a few minutes and then saying “I’ll be the sister. OK? ” Works better than ” hey, let me do that! ” And ” That’s a nice building. Would you like to build a bridge to it?” Is more effective than “I want to play with the blocks ,too.”

I watched a scene In the front yard last week as Holly assisted the child to enter play. She said, go to your friends and say can I play with you ?” The child would reply ” Let me play .” I heard them practice test over and over at least eight times until finally he understood. She walked with him to the group and he asked as he had been taught and the children gladly welcomed him in. It works. It takes time. It takes patience. But that is why we are here to teach those important social skills.

Oh – and we did a guided art piece today. You may remember more about these from previous blogs. I do them mainly for fun because the kids enjoy seeing their success and actually drawing a picture that they can tell what it is. But we also revisit shapes and position words and math concepts such as smaller and larger . 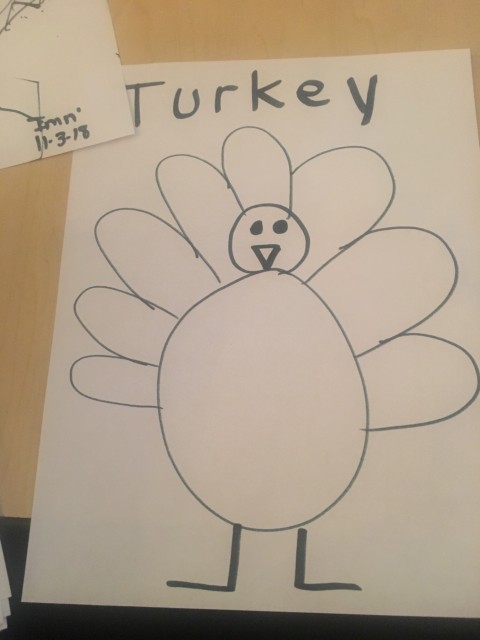 This one is mine. We draw together step by step . Draw a large circle at the bottom of the page. Draw a smaller circle on the top of the large circle. Draw two eyes … etc. I label it hoping they will follow suit. 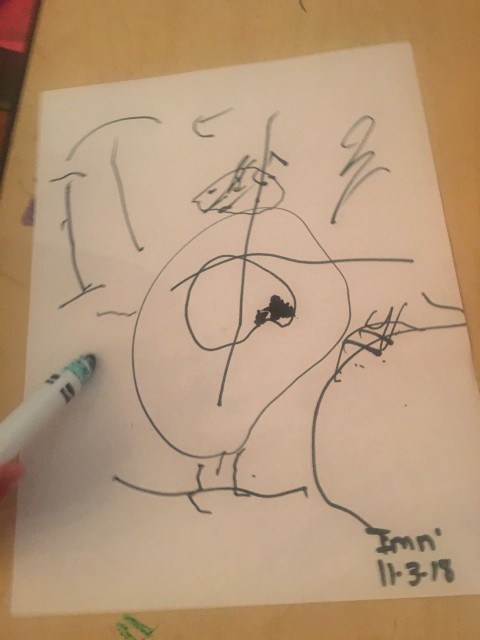