Alas we made ANOTHER ornament today. This one was a little more free spirited and creative.

We practiced our program one last time for tomorrow morning at 10 am.

There were kiddos using a provocation in the writing center to write ” letters to Santa .” 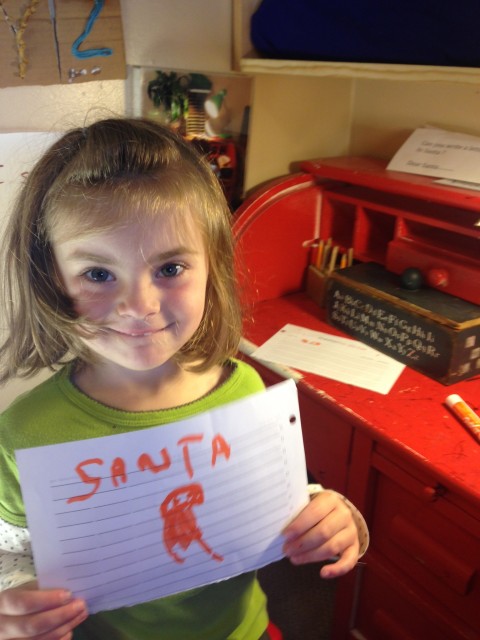 Ms Dallas was back today and was FULL STEAM AHEAD.  ( Between you and me… I am SO Thankful. Yesterday.. I was… as tad… worried.  🙂   As we transitioned from lunch to outside she played a game with the kids.   She was reviewing position words but they never knew it wasnt just fun ! 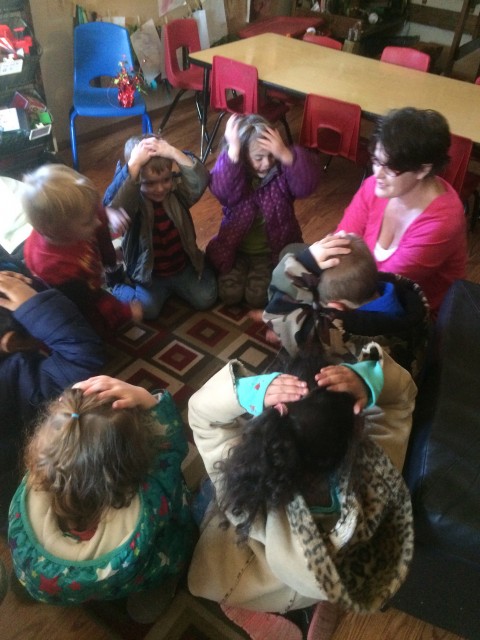 We also played a game outside called Santa Says.