As we wrapped up part of our ” Animals in the Woods ” unit today we were blessed by the folks at Friendship Pediatric Center .  I had put a call out on facebook asking for antlers or preserved wild animals .  Renee’s husband Gary is a hunter and  they really came through for us.    Sarah, who works there brought the animals and animal  ” parts ” by to show us.  She  brought elk antlers.  THEY WERE HUGE AND HEAVY. 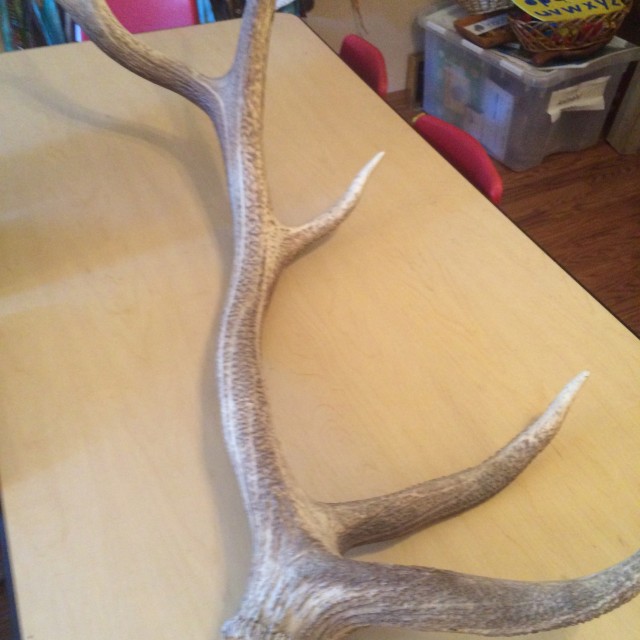 We were able to compare them to deer antlers which were much smaller and not as heavy.   She showed the kids how the deer will knock the antlers together when they are fighting.  She also brought a large deer hide.  It was beautiful and soft.

Sarah had deer jerky too and she lets us sample a tiny piece.  I think all the kids really liked it.

Then were was the squirrel.  AMAZING!   See.. the squirrel had a hurt paw and they found it and they tried to help it but it died so they stuffed it. ( I dont know if that story was true or not but much easier for kids to swallow than they shot the poor thing…  Thanks Sarah ! )     The kids were able to touch it.   It was so very cool. 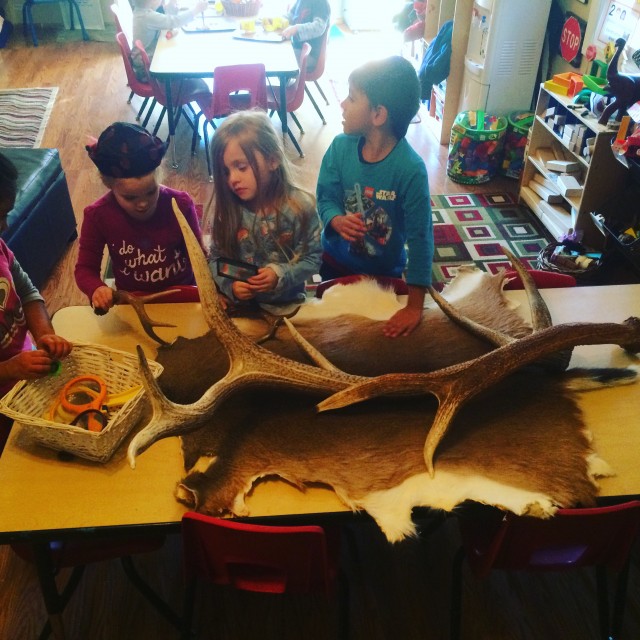 In small group we played ” Dont feed the racoon .”   We had playing card that had numbers up to 20 and some of them said ” Feed the raccookn.”  So a child drew a number and would tell us what it was. If it was a ” feeder ” card  they would feed our raccoon puppet dog food.  ( See.. we wondered what raccoons eat and after some research we found out that in the wild they eat nuts, berries, and other small animals like bird, insects, fish or frogs.  If a raccoon ventures into the city they might get in our trash and eat it or they LOVE dog food that people leave out on porches.  )   The exciting part of the game was when two of our  P4 friends didnt recognize the teen numerals and  I explained an easy way to remember they were able to decipher what the  rest of the teen cards were !  YIPPEEE!!  Teaching without flashcards !!  GAMES!! 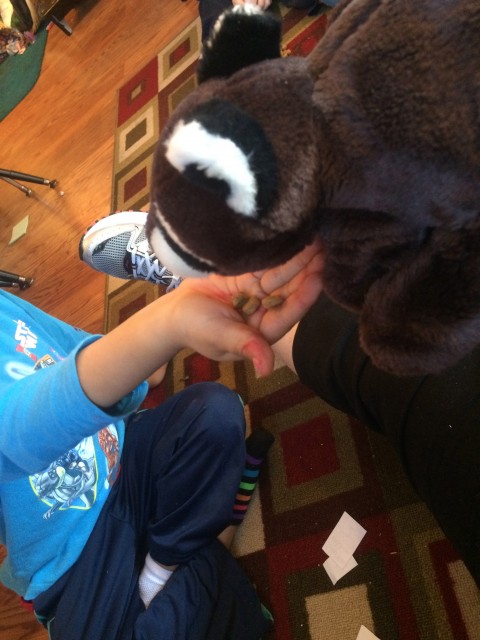 It was a good day.