The children were excited and nervous about the possibility of us going on a bear hunt today.  One of the things we did this morning was sing this song ;

I hope we find a big one today….

Afterwards we talked  ( and charted  ) what we might need if we went on a bear hunt . We talked about where we might find a bear and what the bear would do if we found him.   Our conclusion was .. that it probably wouldn’t be safe for a group of kids to take off on a bear hunt.  Bears are wild and we might get hurt.  BUT! We could pretend to go on a bear hunt while we are outside ! 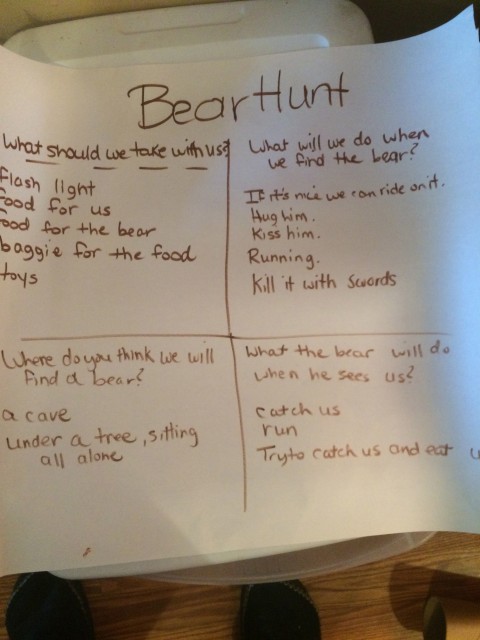 During journal time one of our littles drew a bear in a cave. 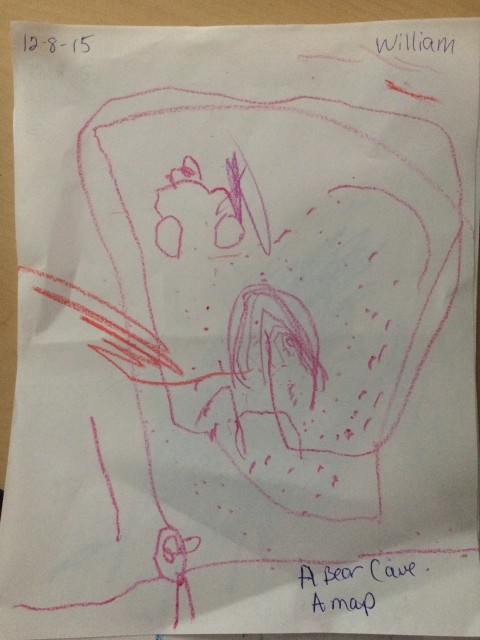 We played games with bear counters.  I took one color and said.. ” look , I have a family of bears.  The yellow bear needs a family too.  Where should we put him ?” So, we sorted. We counted.  We patterned. 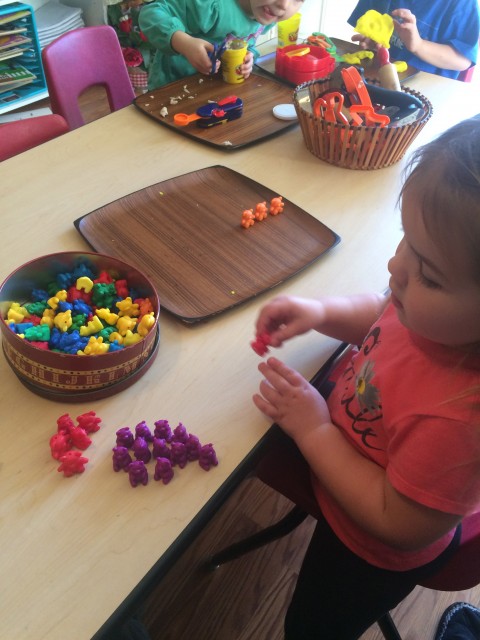 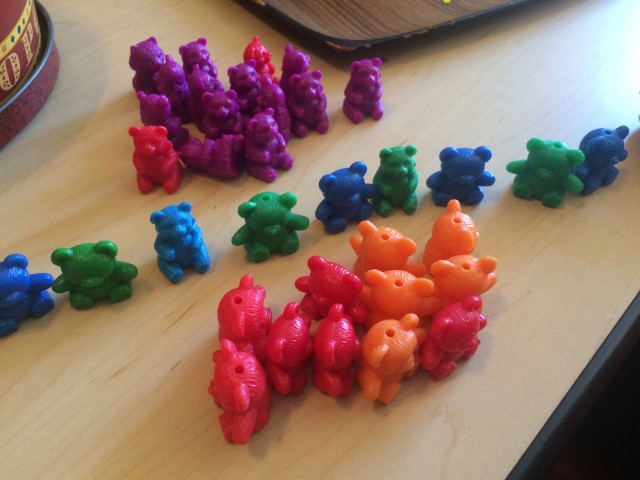 Ms Dallas told the story of ” Goldilocks and the Three Bears” and the children had masks to act out the story on their own.

Though it seemed we were pulled in a 1000 different directions today we did have a normal day and got ” stuff ” done.