Today we explored rainbows a little.  I didnt get into exactly what colors are in the rainbow and what order they are in – does it matter ? It’s beautiful no matter how you stack it.

We used pipe cleaners to make a 3 D rainbow with pony beads.  Lots of math and fine motor work going on here. 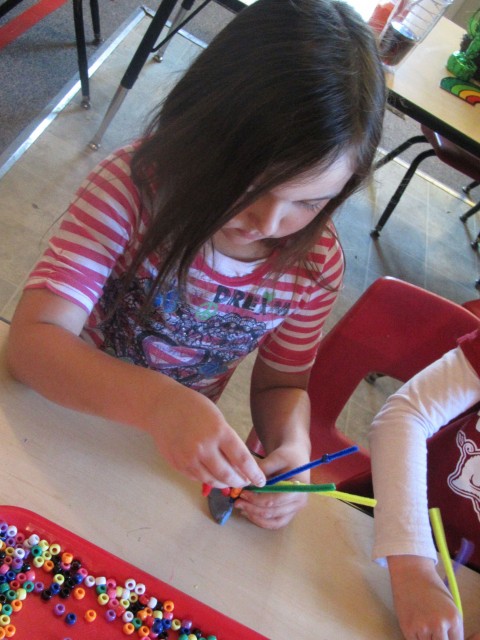 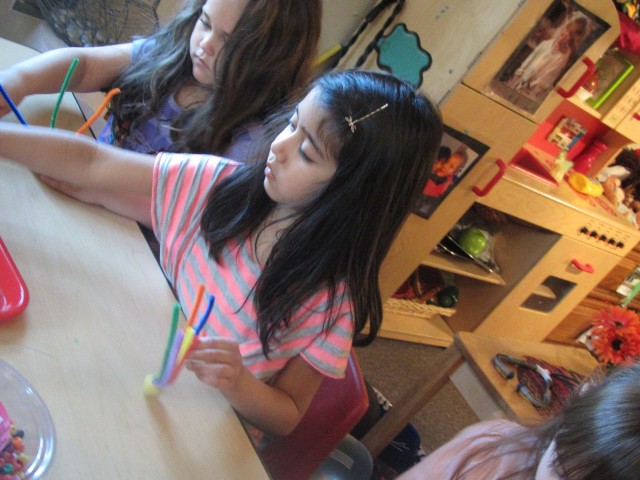 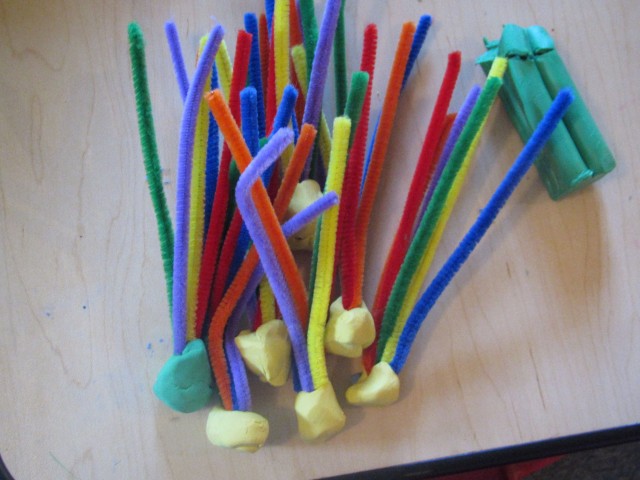 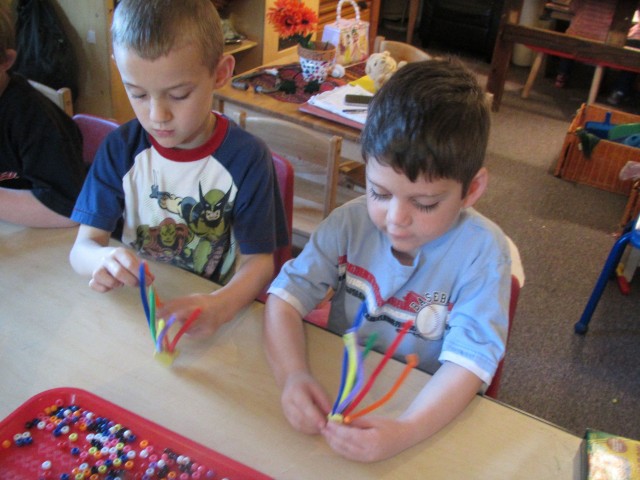 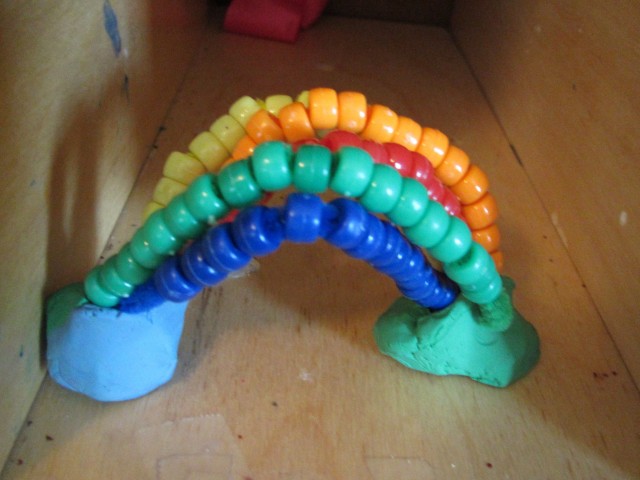 Then we painted beautiful rainbows.  As I looked at all the shapes and bright colors I thought to myself ” Self- I am SO glad you don’t use worksheets.  A black and white rainbow colored in the lines could never be this beautiful !” 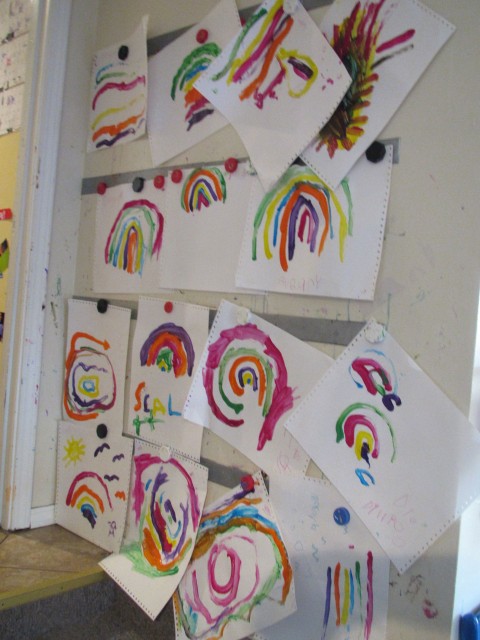 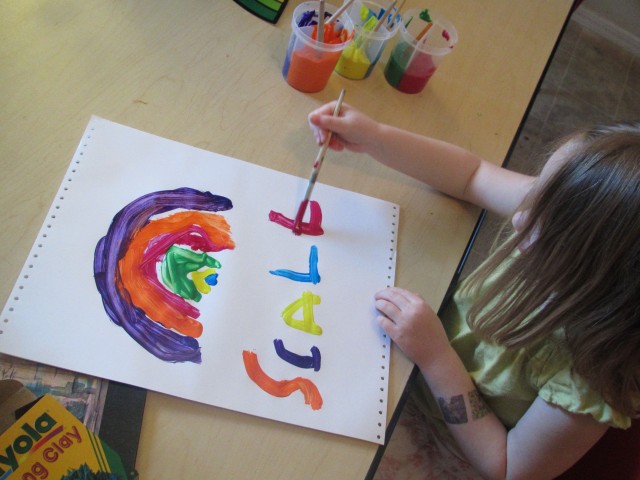 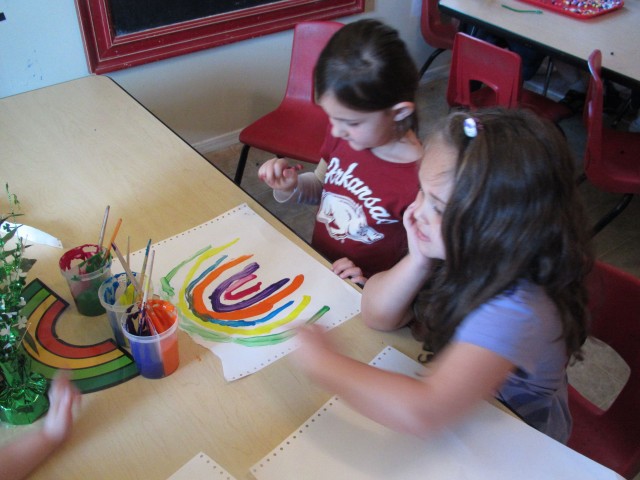 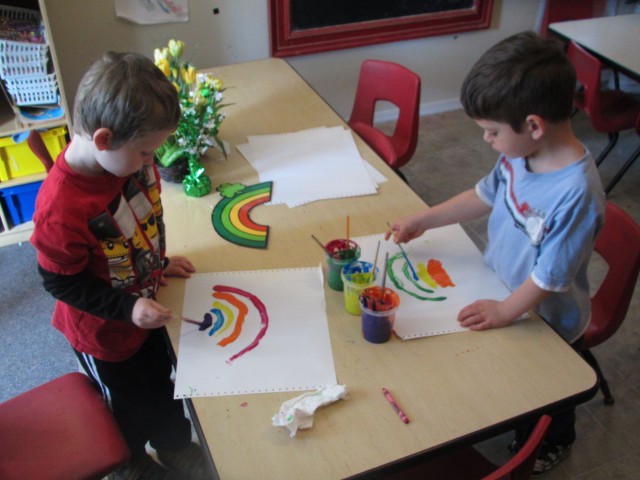 During circle time we played a math game . I placed four chips down and asked them how many were there.  FOUR!  Then I  said ABRACADABRA and rearranged the chips ( still leaving four there) and asked them how many chips there were.  As I made the arrangements more difficult ( stacked ) the answer became more difficult.  The idea behind this is game is to help them understand that number and quantity can look very different but stay the same.  An example you might understand more is – if you put four ounces of chocolate milk in a 4 ounce glass and 4 ounces in a 8 ounce glass ( and assuming your child LOVES chocolate milk ) which would they chose?  Probably the larger glass . They assume that it has more because it is  bigger.  This isn’t an easy concept but over time becomes second nature.  Is it important to LEARN this now… ? No.  Is it important to introduce math concepts in a fun way ?  YES ! 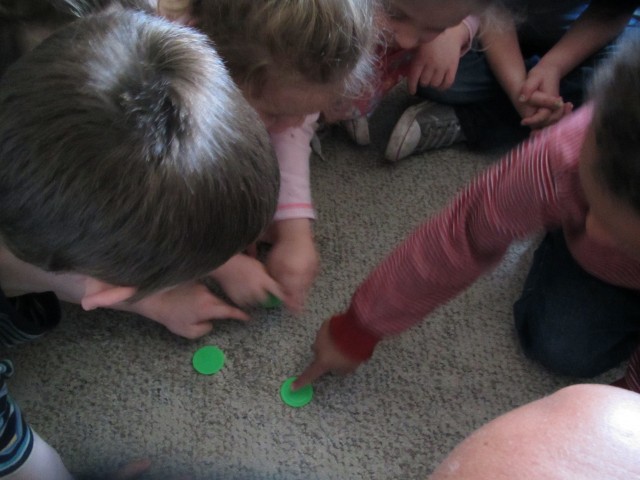 We also looked at a fun book about the colors of animals ( like a rainbow .)  There were some pretty cool animals in there and they were quite colorful ! 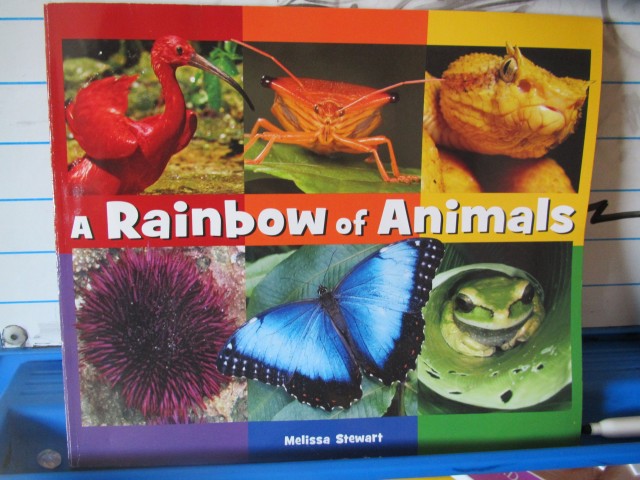 Tomorrow is out leprechaun hunt and the tasting of the green !