Today was show and tell .  Have I ever told you how much I dislike show and tell ? Is is so hard for this many kiddos to sit and listen to their friends and not to all gang up on him or her to see the special object. It is kinda like childbirth.  It seems like a fun good idea but you have to go through a lot of pain for the product. Then.. you forget after a time and do it again .

Show and tell today was interesting . We had a large variety of things to share. 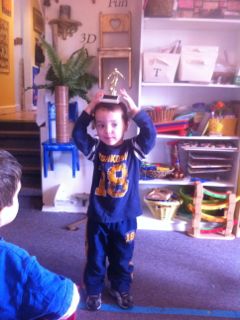 Malachy’s mommy came and read Malachy’s favorite book to our class and then he showed everyone his soccer trophy. He was so proud it it.   Many of the kids said they have one too. 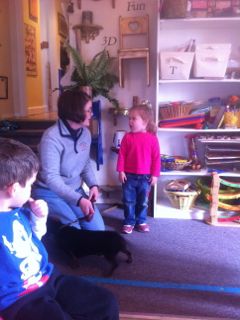 Dallas popped in with Kat’s grandma’s dog Chester. Chester is a miniature dachshund. 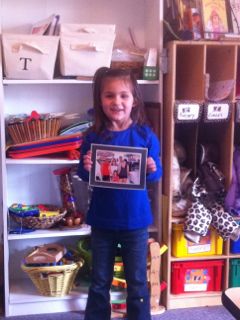 Aveary brought in a picture of her family that was taken on their summer vacation in Florida.  She said she had a good time, but she didn’t see any sharks or mermaids. 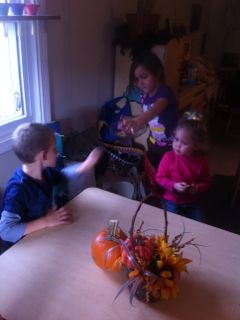 Emeri brought cookies that she and her mommy made. What a treat ! Thanks Emeri ! 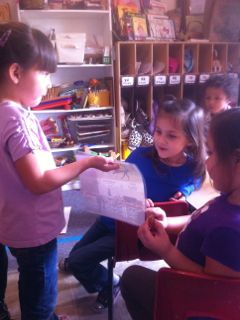 McKayla had a picture of her granny .  Charlotte used to train horses. The horse in the picture’s name was Hammertime. 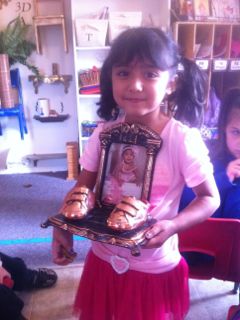 Andrea was so proud of her baby picture and her baby shoes that her parents had bronzed. We all agreed her feet had grown a little since then. 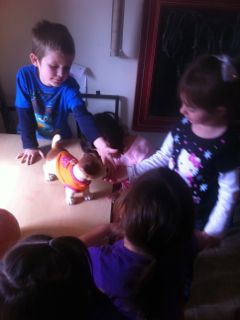 Malia brought in Butterfly her toy puppy. When you pushed the heart on top he made a noise. So we got to pet a real puppy and a pretend puppy. 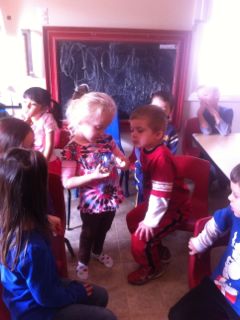 Katelyn brought beautiful rocks that had fish inside them.  I asked her where she got them ( meaning on vacation or walmart.. ) her reply was ” On my moms top shelf.”  Kids  are so literal. 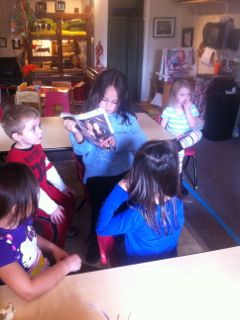 Mia enjoyed showing the pictures of her dad , her grandpa and herself bring silly.  I asked her why her grandpa had on silly glasses and she said ” because I put them on him. ”  Grandparents will do anything … believe me, I am one. 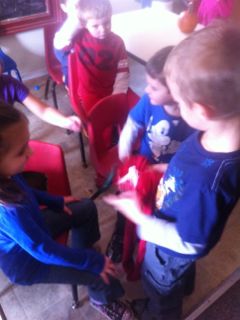 Tis the season.  Dillion brought a long scarf that was his brother zachs.  It has Santa on it  ! 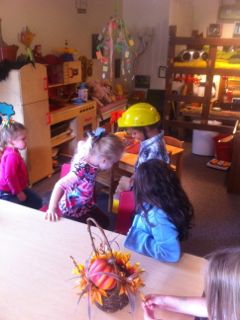 We would expect Kingston to have cowboy stuff but he shocked us and showed up with tools and a construction hat. 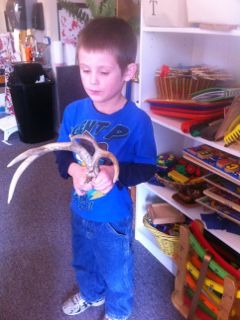 Kimber showed us deer antlers.  His MOM killed a deer and they came out of the tent and cut his antlers off.  ( True story mom ? I know she is a deer hunter ! ) 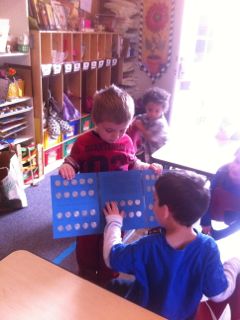 Show me the money !   Orrin brought in his dads quarter collection and his grandmas pennies.  We counted the quarters . There were 50 ! 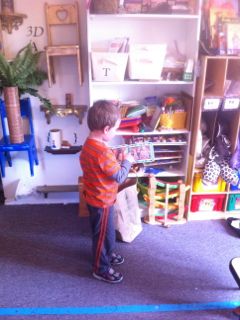 Kyler had a photo album that he showed everyone that had his family in it . 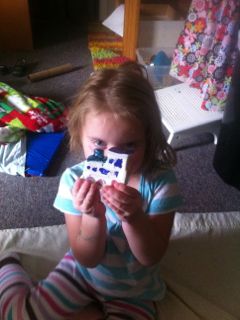 Scarlett brought a train that she and her dad went to buy and she and her mom painted.  It was a bank.   She said they would find some way to ” stop the whole up in the bottom. ”   ( And yes, if Scarlett looks like she was on her mat when I took this you are right.   As I blogged I realized that the picture I took of her did not turn out. Thankfully she was still awake and I asked her to hold her train.  I didn’t want to leave her out.  ) Scarletts mom, Julie works at Ricks Bakery. I just KNEW we would have some yummy cake today. 🙂 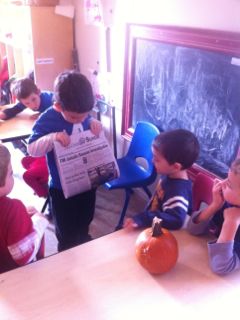 And lastly , William  brought a newspaper in to show us.   It was last weeks edition that had Randy on the front of  it.  William’s dad took that picture and he is the newspaper editor.

Thanks everyone for participating.  It was fun… sorta.   🙂

I think Ill go take a nap or a tylenol now, or both.

Haha! She is very literal….